On our last full day in the Philippines we had to fly back from El Nido to Manila. None of us had done much research on Manila so when we arrived we had no plan and in a city as vast and crazy as this that was not a good starting point. In the end we wandered to a large shopping mall a few blocks away from our hotel and spent time partaking in some retail therapy, by no means the most cultural activity but never mind.

That evening we ventured to the hotel across the road and up to the top floor where we found the Firefly Roofdeck which is found in the Makati area of the city. The view from here for an stunning sunset over the city was epic. The drinks were great also however the service was painfully slow, I wouldn’t pick there for the food but for the setting it is a good choice. 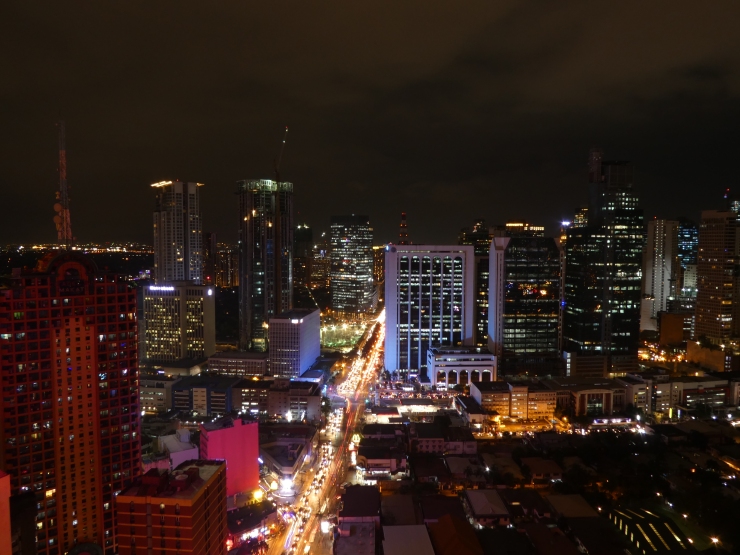 It was then back to our hotel room to pack up to leave the Philippines. We had an amazing 2 weeks in this beautiful country. I feel like in this time we were only able to scratch the surface, there were so many places we had wanted to go that we had to sacrifice because of time restraints. I have seen in the news since about the steps that are being taken by the government to try and undo some of the impact of mass tourism and prevent further environmental damage occurring in the future and this can only be a good things as there were some places that were showing the strain and I really hope this can be followed through because the Philippines is a gorgeous country and it would be amazing for it to remain this way for future generations who visit.

What are your favourite places to visit in the Philippines? Where have you found the best view in Manila?