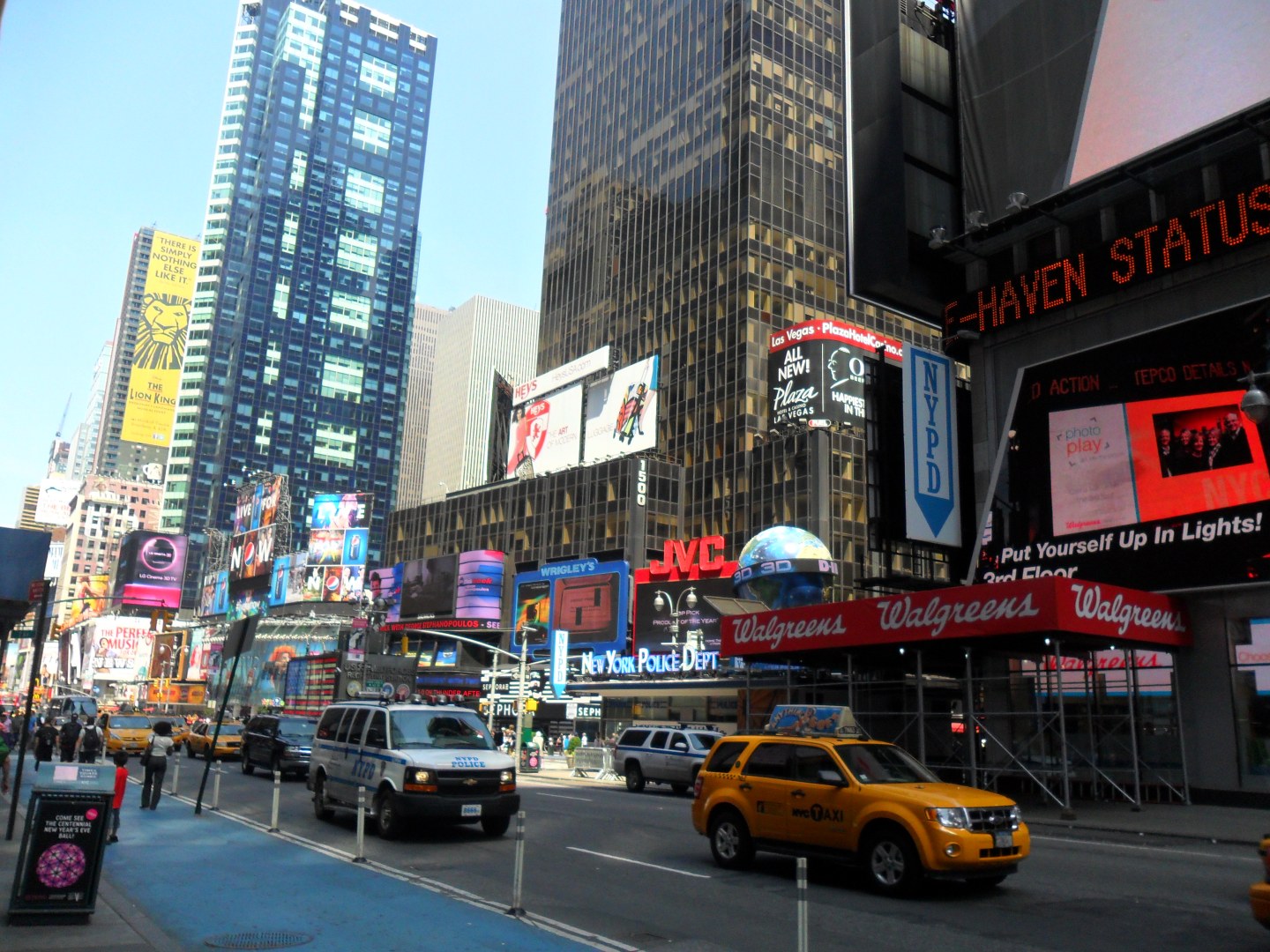 We awoke early again on Monday morning and got the PATH train into Manhattan. This is a quick and easy service but be warned you can not use a normal metrocard on the service.

We walked up Broadway to Times Square which can only be described as busy, loud and incredibly tacky and yet it really captures the essence of New York. Our main reason for this being the first stop was that it was the location we had to pick up our “New York Pass” (NYP). At $179 each for 7 days it may seem expensive but with such a range of activities and sights covered it really does provide value for money (as long as you use it).

It was memorial day bank holiday so some places were closed but many were open for business as usual. We started our sightseeing with Grand Central terminal which is a beautiful building, almost too nice to be used for transport. Our NYP entitled us to the audio tour for free, so labeling ourselves well and truly as tourists we wandered around the station learning about it’s history. It was informative and unveiled a few hidden secrets about the place. 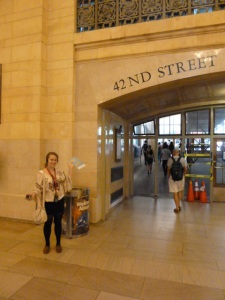 The foodcourt on the lower level of the terminal provides for most culinary tastes but we were desperate to try the famous “Juniors” cheesecake so we had our lunch there. The portions of cheesecake are unreal, unless you have a larger appetite I would suggest sharing. I had “red velvet” which was extremely yummy.

Feeling very full we walked off our lunch by heading back to book the Broadway show we wanted to see- Spider Man! The queue at the TKTS booth was enormous the whole time we were in New York so unless you like standing in the line I would avoid it. We went straight into the box office and, although they weren’t cheap, managed to get tickets for Weds evening. We also tried our luck with “Book of Mormon” but as much as I love theatre even I draw the line at $425 per ticket!

Next stop was the Museum of Modern Art (MoMA). All I can say is that if MoMA shows the quality of modern art, we need to regress quickly back to the stone ages. Obviously some people must enjoy and appreciate it but personally I don’t consider a dot on a wall or a pink plank of plastic to be artistic. It was possibly my least favourite museum I have ever been in.

The Rockafella Centre in vast and as we found out, quite easy to get lost in. When we did eventually find it we headed to the Top of the Rock which provides views of Manhattan and beyond. There was some gentle fog when we went up but reasonable visibility. I would suggest it is not the best activity when overcast. There were clear views of Central Park and going up here allows for views of the Empire State Building. Well worth a visit. 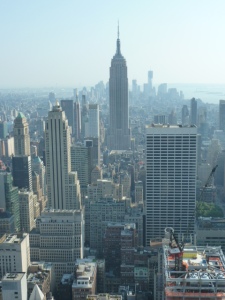 We had dinner that evening in the Rockafella Cafe which provided a nice setting but the food was quite bland, my steak was drenched in oil!