This morning we had our breakfast at the hotel and then met up with our local guide, Sami, to go and explore Hiroshima.

First of all we got the train and ferry across to the Holy island Miyajima island located near the city. From the ferry we could see the floating Torii gate that the island is famous for. This structure has no foundations, it is purely it’s weight that keeps it in place. Again being bank holiday it was very busy. 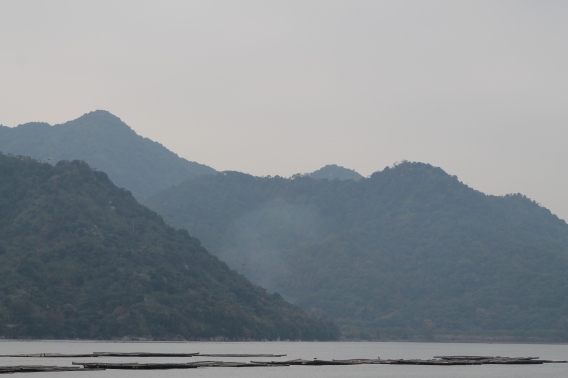 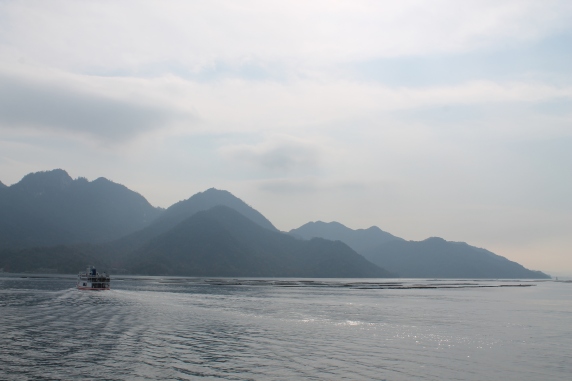 We explored Itsukushima shrine where a wedding was taking place. This shrine is unique due to the fact it is floating above the water. 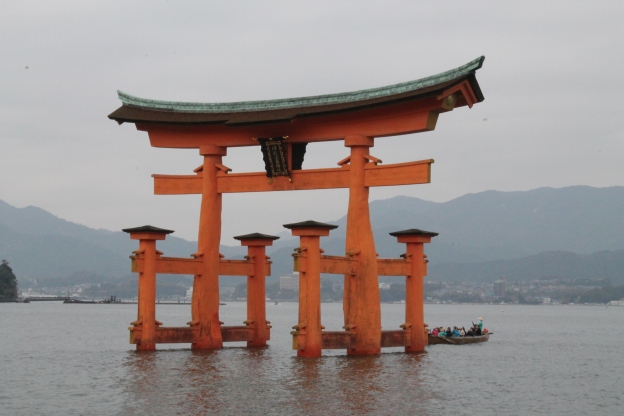 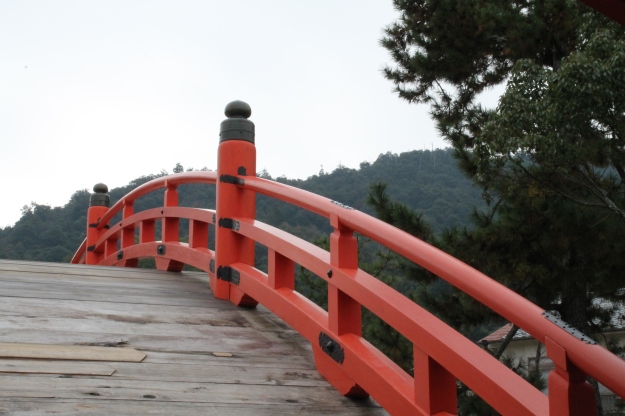 The island is said to be the floating body of a goddess with plenty of hills. You can walk to the top but instead we simply walked past the many tame deer up part of the hill to view the changing colours of the leaves before going to look at the 5 storey pagoda. Originally the designer wanted to make it 7 storey but it was too unsteady in earthquakes so they settled for 5.

Next up was lunch. All along the way they were cooking oysters on the side of the street which were proving very popular do I decided to try some. They tasted a lot like mussels, just a large version of them, and they turned out to be really nice. I have never had raw oysters like those served in Britain so can’t compare but they were not slimey as people often say they are. 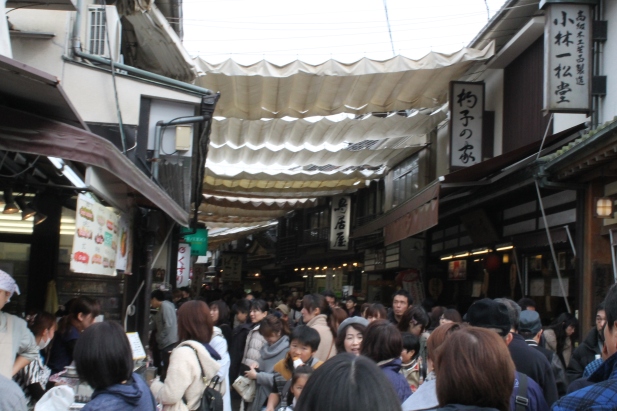 Then for our main meal Sami took us to an Okonomiyaki bar, which turned out to be very popular with a long queue outside by the time we had finished. Okonomiyaki is like the Japanese equivalent of a pancake/ bubble and squeak food with vegetables, noodles, egg, bacon and in our case cheese inside. There are regional differences between Osaka and Hiroshima in how they prepare them but ours were all done in a layers along a production line in front of us. It was very nice although I think Fraser enjoyed his far more than me (he had been excited about trying it for months).

Before leaving the island we had time to buy some filled maple leaf cakes that were being made everywhere. Ours had chocolate inside but there were savoury options too.

Back in Hiroshima we set off for the A-Dome, the local government building,that was partially destroyed killing everyone inside, when the atomic bomb went off on August 6th 1945. The building has been left as a reminder of the destruction of the bomb which caused the deaths of 140,000 people by the end of the year and many more from side effects since.

Across the river from this is the peace memorial park. This is built on an area where of the approximately 6,300 people only 3 made it out alive. There are various monuments and trees that have been donated to help make the city one of peace. 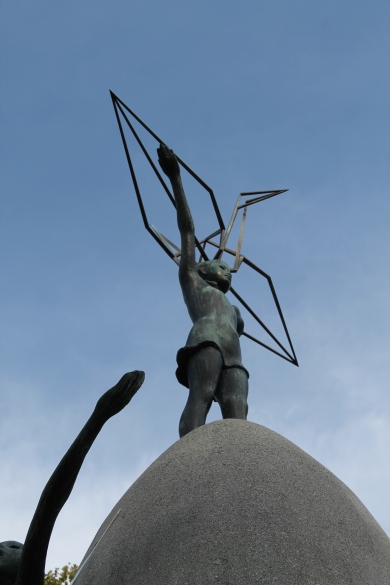 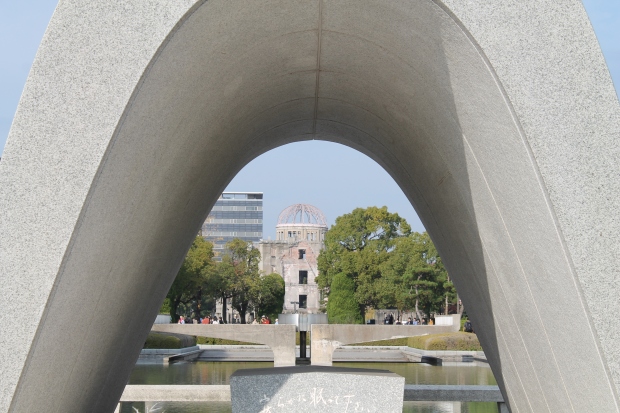 We went inside the reflection room where there are tributes to the deceased and Sami showed us the tributes to her father-in-law and brother-in-law who had both died on that day.

Also in the park is the Memorial Museum. Parts of this are quite hard to see. There is a scale model of what Hiroshima looked like for 2.5 km around the blast- most of it was flattened- and there are many personal items donated that people had on them when the blast went off including charred clothing. Many items belonged to teenagers as they were all in the area building fire breaks in case of an air strike from the US. The item that hit me the most though was a burnt tricycle that a 3 year old boy had been on in his front yard when the bomb went off burning him and the bike.

I can not say I enjoyed the afternoon. It was far too sobering and emotional for that but it is definitely worth seeing as it is such an important part of history.

A very brief stop off at Hiroshima castle, completely destroyed in the blast but now rebuilt, for a photo followed and then we said goodbye to Sami and got onto a busy bullet train up to Osaka.

To get to Universal City you have to make a few train changes. Walking out of Universal City station you are straight onto City Walk which is all the bright lights of Universal. We found our hotel which was Universal Port, with our room which had views across the park, and then went down to explore the walk. There are lots of shops selling merchandise and a selection of eateries. Continuing a tradition we seem to have started in Florida we had dinner at the Hard Rock Cafe and then called it a night. 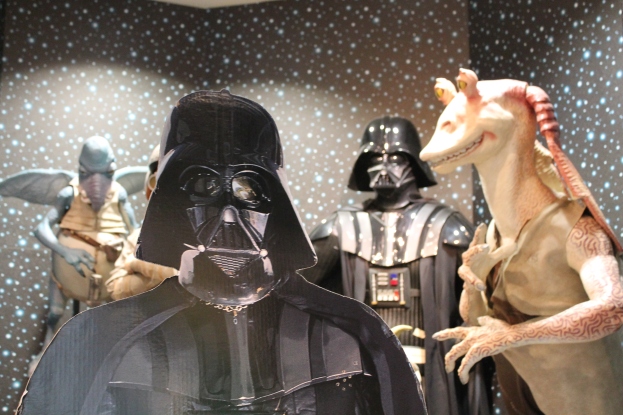