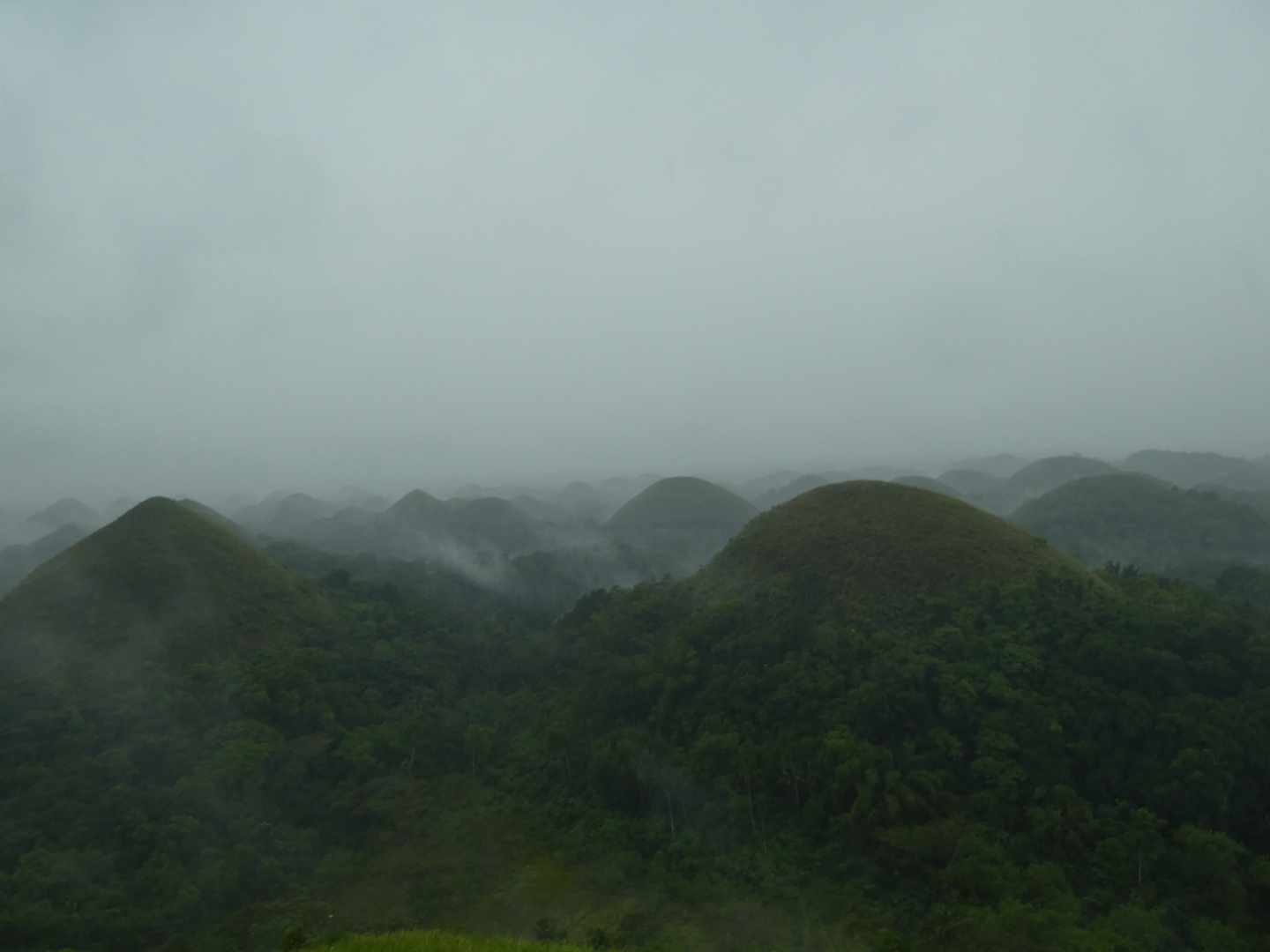 Our only full day on the island of Bohol in the Philippines was unfortunately a very wet one, it rained pretty much all day however we did not want this to stop us from seeing as much as we could. It did mean though that instead of seeing whether we could hire scooters to get around, we firmly settled on hiring a driver for the day to chauffeur us in a taxi which seems to be a fairly common way of exploring here. Our route would take us away from Panglao Island and onto the Bohol itself.

We first set off towards the Chocolate Hills but on the way we had a quick stop off in the man made forest, just on the edge of the road to take some pictures. This is a 2km stretch of planted mahogany trees that is highly photogenic although more so in the pictures we had seen online when there is sun beaming down through the canopy. We had a slightly soggier experience but it was nice nonetheless. 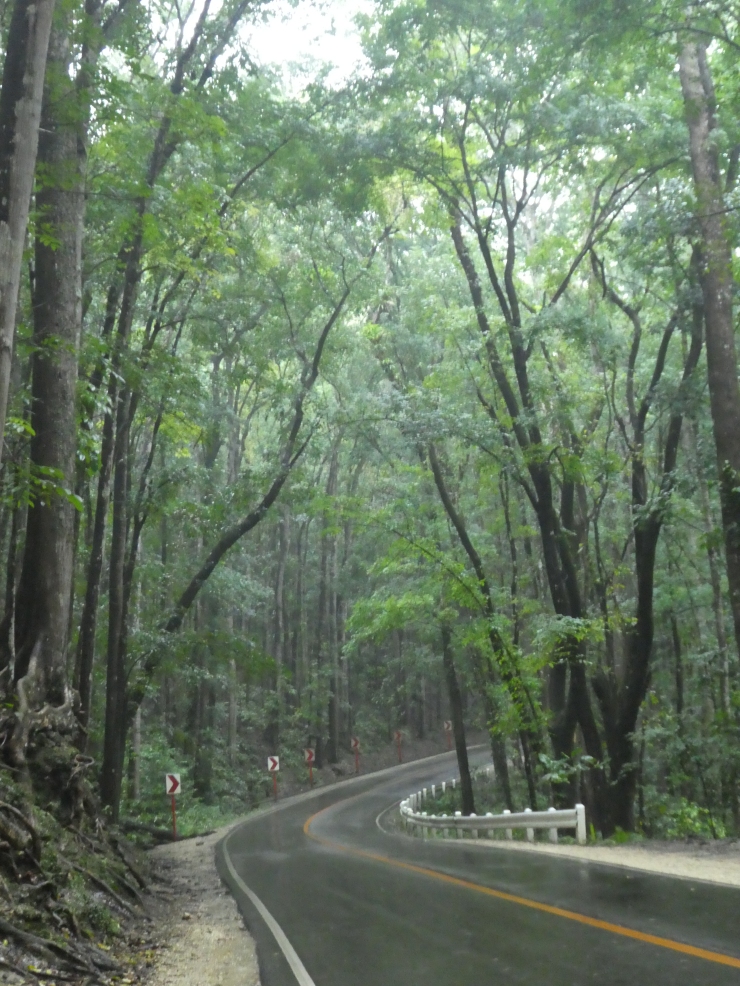 The Chocolate Hills are so named because in the dry season they turn brown and look like Hershey’s kisses, in the wetter season they are much greener but no less interesting to look at. To get the famous view you have to jostle past other tourists up a long staircase to a viewing platform but once at the top they are rather delightful. We spent a while taking it all in before descending back down to the bustling parking lot.

Our next stop was a Tarsier sanctuary. We had done a bit of research before going to Bohol about the ethics of the sanctuary and had found that there was one on the island that was renowned for being much better managed and more environmentally friendly (Corella) for these adorable little creatures than the other (Loboc) and we tried to make it clear to our driver that we only wanted to visit the former. I’m not sure how well this message got across to him as I am almost certain he took us to the Loboc area. Tarsiers are tiny primates who in the wild have huge territories that they are fiercely protective of and who are very easily stressed from noise which causes them to commit suicide. The area we went to made it clear that there was to be no talking whilst walking around and no flash was allowed when taking pictures however the tarsiers were all in very close proximity to one another which goes against all of their natural instincts. If you do want to see them then ensure you are definitely taken to the Corella Sanctuary for a more ethical experience. 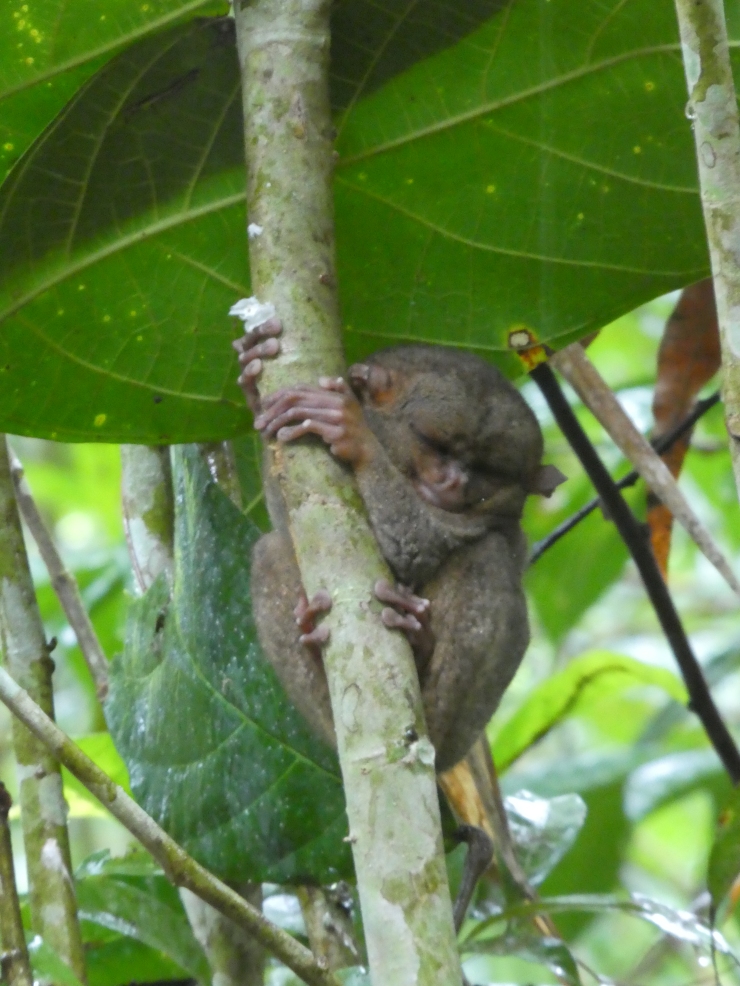 On the way back to Panglao our driver insisted on stopping at a butterfly farm which we had a quick wander around despite having said at the beginning of the day we were not too interested in this. This was also next to a python farm which we point blank refused to go into. Mainly because I am terrified of snakes, but on top of that we could see the enclosures which were basically just tiny cages and were in no way humane for them.

Once back at Alona beach our driver helped us to book our ferry for the following day to our next destination before dropping us off back at our apartment. While hiring a driver to take you round for the day is a popular way to see the main sights of Bohol, be warned they usually come with a fixed itinerary and are somewhat unwilling to stray too far from that. We tried to insist on only visiting ethical places on the island but not knowing where we were at any time (we didn’t have GPS or internet service to check where we were heading) meant that our driver appeared to just stick to his own route. I would recommend either being more forceful with your driver or hiring scooters and setting your own itinerary for the day to ensure you get what you’re asking for. That being said the Chocolate Hills are well worth a visit even if they are a little busy and tarsiers are seriously cute little animals.

Have you been to Bohol? What was your favourite place on the island?