Bolton Abbey is an old Priory in North Yorkshire, located in Wharfedale in the North York Moors. It is open to the public year round but can be best appreciated in nice weather, which is rare in Yorkshire. When the sun does come out though, it can get very busy. We visited in the summer of 2014 for a bank holiday weekend. The weather was pretty miserable so it was quite quiet whilst we were there.

The Abbey itself is mostly ruin but remains very impressive especially when seen from lower ground silhouetted against the skyline. There is still a working church inside which has been restored. We had a quick look inside then headed back out and down towards the nearby river. 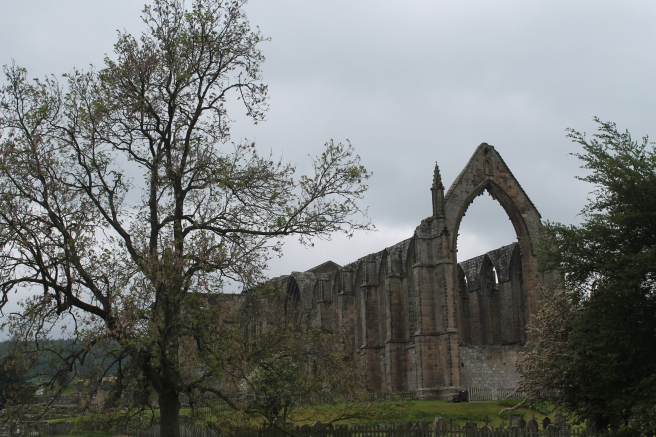 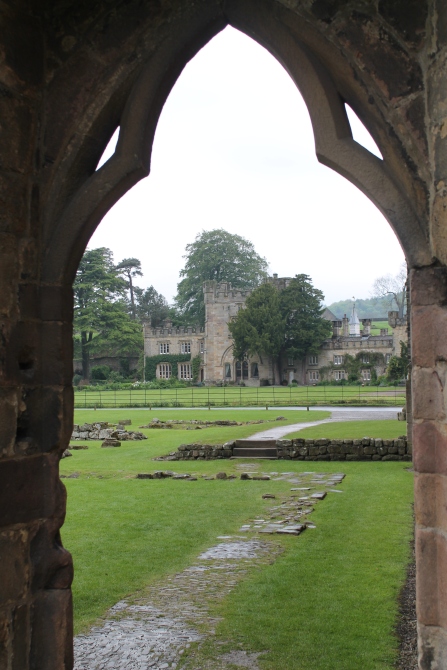 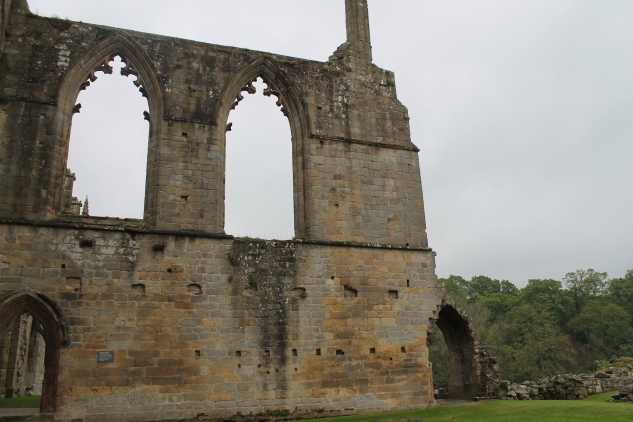 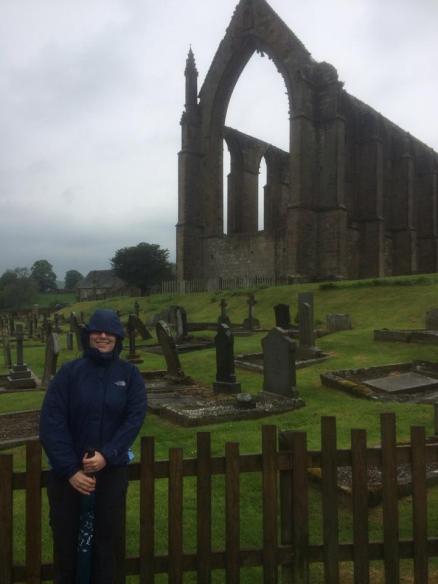 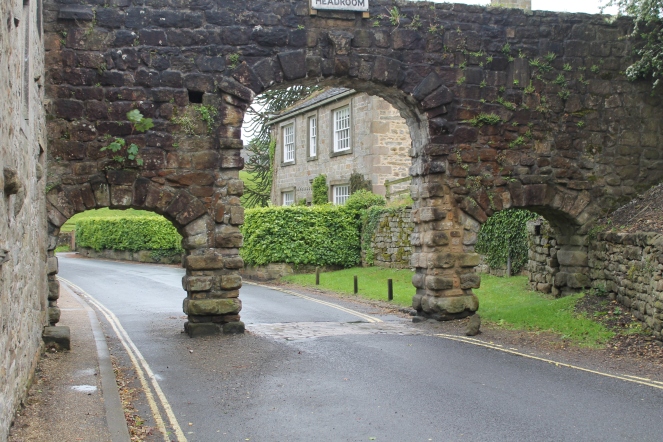 There is a bridge across the river to allow you to get to the walks on the other side, but there are also some stepping stones. On a nice day I expect you can get across to the far bank on these but, despite Fraser trying his luck, the fast flowing river was too high to manage it on this day. 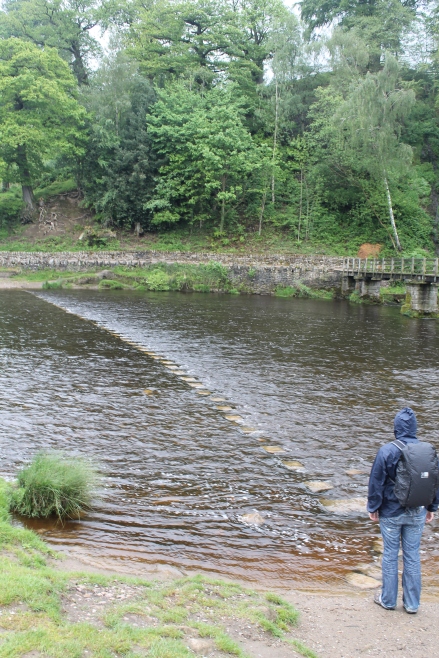 The tourist information map we received when paying for the entrance in the car park showed a number of trails available, including those with interactive activities for children around the Abbey and along the river. As we had limited time we decided to drive rather than walk to the start point of the route we set our sights on further along the river from the Abbey.

We parked at the Cavendish Pavilion and then wandered off along the path towards Simon’s Seat, a lookout point. Again due to time limitations we didn’t make it all the way to the top. Instead we went as far as the Valley of Desolation. This is a small, winding path that leads to a secluded waterfall. The walk is nearly all cross-country and we were rewarded with beautiful scenery and complete peace. 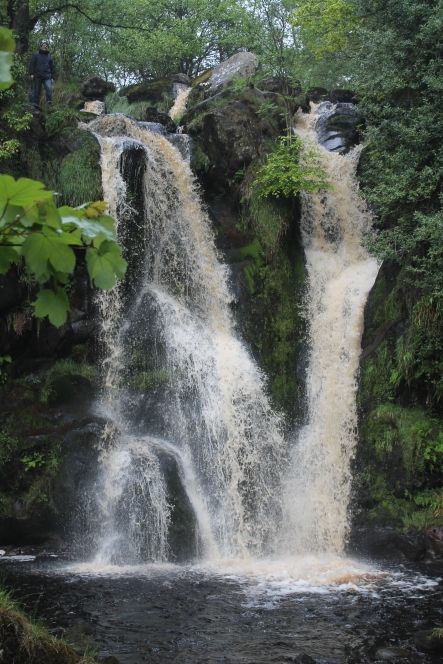 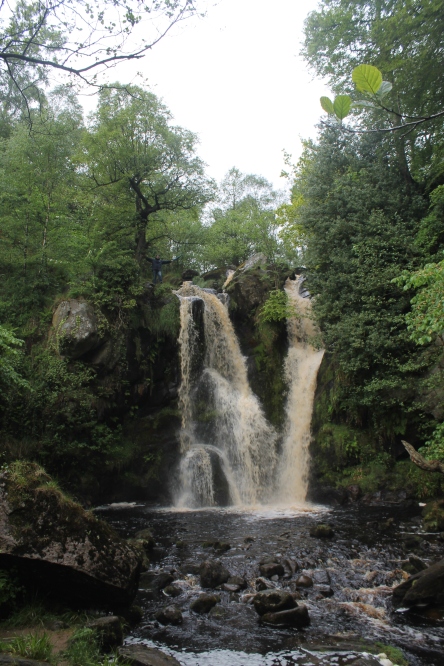 We then had to retrace our steps back down to the start so we could continue our journey up to Malham for the rest of our weekend.