Today we woke up to rain, grey clouds and a generally miserable view out of our hotel window, a less than ideal start to our day. We were booked onto an early seaplane flight across to Victoria on Vancouver Island. As we checked in at the terminal we were offered a complementary hot drink and pastry each which in my eyes is always an added bonus. At our allotted flight time we were called outside to board the plane which is small and although you can reserve one of the single seats that face out towards the city, the size of it means you may still get asked to swap seats if the crew need to even out the weight distribution. It is worth trying to get that side though as we were sat on the opposite side and even despite the rain we didn’t get half the view the other side did which was a shame. Using the transit carrier as we did is a highly efficient way to get to Victoria or one of the other ports serviced on Vancouver Island however it is pricey and if your main aim is to get a good aerial view of Vancouver then I would suggest you opt for a purely scenery flight. 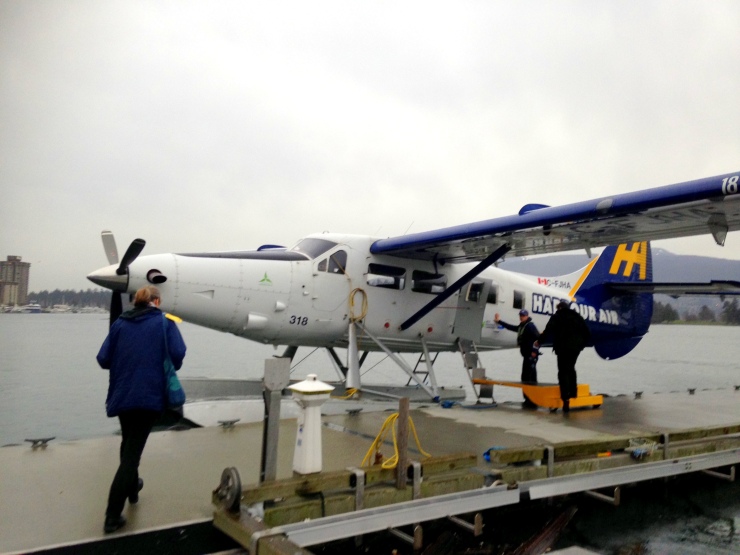 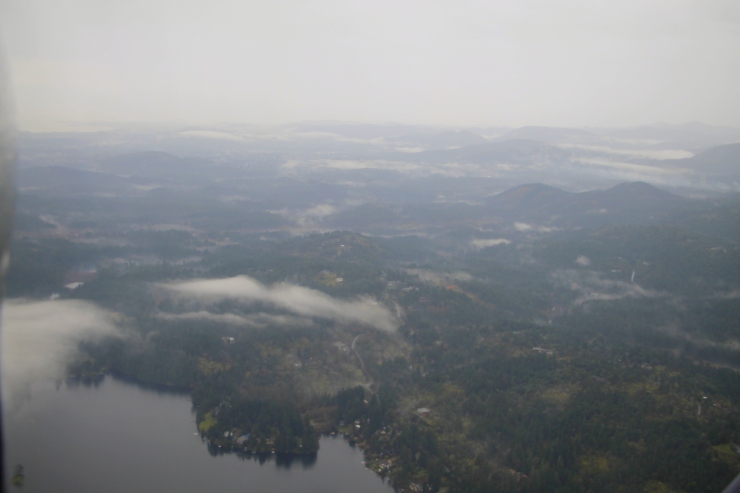 Once we had arrived in Victoria we set out to explore without much clue where we were going. This initially led us down Government Street which is a quaint street full of small stores ranging from general souvenir shops to more boutique/ specialist stores such as the original Roger’s chocolates. Stepping inside here the smell hits your first but after buying your fill of goodies it is worth taking in the building itself with beautiful stained glass windows framing the entrance.

Further along we found Market Square which was sweet but looked as though it was not as prosperous as it has previously been, then to China town which was small and quiet and finally on to Victoria Public Market at the Hudson which was similar to the one on Granville Island but again smaller and considerably less full of tourists. We didn’t get anything substantial from here though as we had to make our way towards the main harbour for the primary activity of our day trip.

One of the icons of Victoria is the Fairmont Empress Hotel which stands majestic over the harbour, or it would have done if it hadn’t been covered in scaffolding. As this was only a day trip  we were not staying in the hotel (although I have in the past and can highly recommend it as a luxury accommodation option). Today we were there for afternoon tea. Due to the work going on to the building, the dining room where this is normally held was shut and instead took place on a mezzanine above the main foyer. This may not have been as atmospheric but it did make for a top people watching spot.

The menu extends beyond standard afternoon tea, which Fraser took advantage of by getting a cheese platter, but the main event was what I was most interested in. The sandwiches, the scones with cream and jam and the cakes/ pastries were all superb. It may be one of the most popular things for tourists to do when visiting the area but it is a treat that is just so worth it. 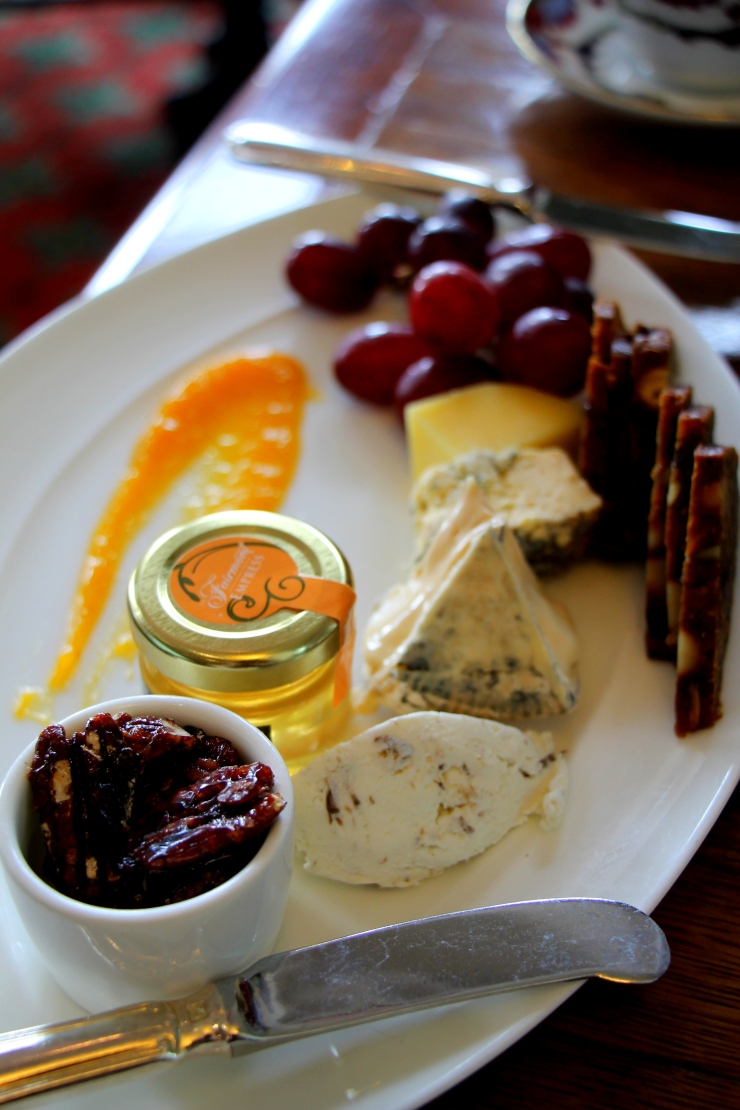 By the time we had finally finished eating we had minimal time before having to catch our bus back across to Vancouver. The journey back was long!! Much longer than I had expected which suddenly made the seaplane seem much better value for money. The one saving grace of the journey home was that the weather had cleared slightly and the sunset from the ferry was stunning. 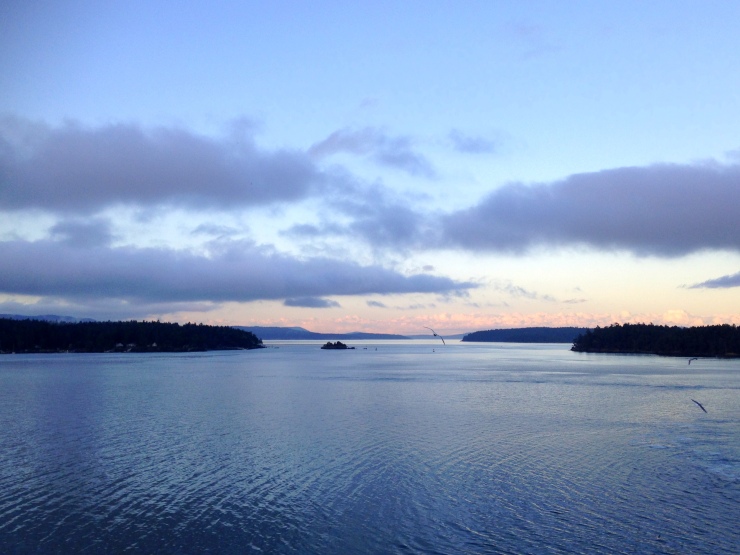 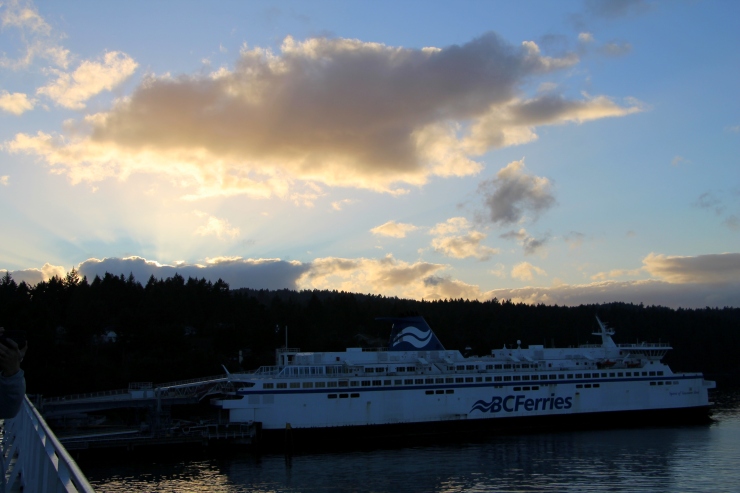 In all honesty a day trip to Victoria is just not long enough to really see everything there. The time of year and weather means some of the famous gardens may not have been at their most impressive but there is so much more besides that. Plus we missed the rest of the island which is well worth taking the time to explore. Last time I was in Canada we spent almost a week on Vancouver Island and still didn’t cover half of the activities on offer. On the day we went I think afternoon tea was an ideal activity, and my stomach would agree even if my waistline would not!!

Have you done a day trip to Victoria or did you spend longer there? Any must see attractions?