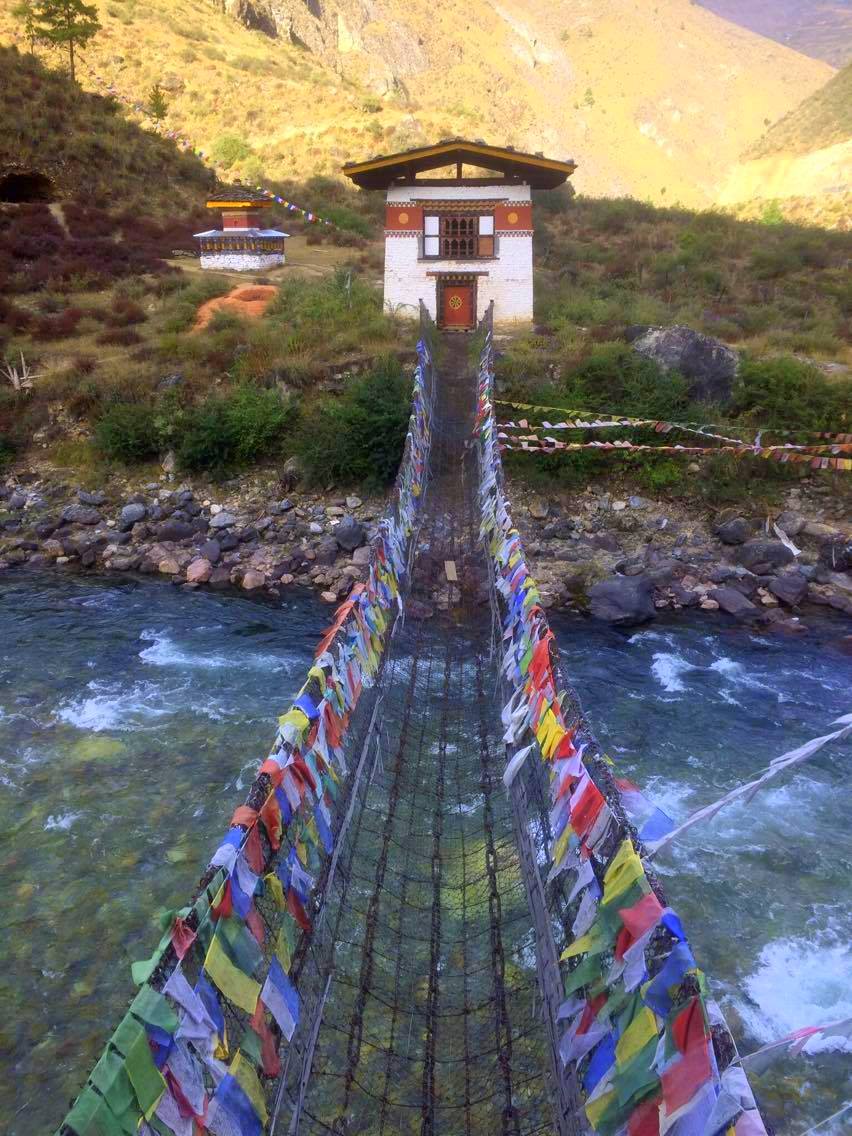 The second day of our trip we had a leisurely breakfast before being picked up to go back to Kathmandu airport. This is one of the worst airports I have ever been in, the toilets were disgusting and the queue for ladies to get through security was a ridiculous length and crawled forwards whereas the guys who moved much quicker had 2 lines.

Our flight was with Druk Air into the Kingdom of Bhutan. The plane had quite limited baggage restrictions (although we seemed to be some of the only ones actually sticking to these) but once on was more spacious than I expected. I also liked the fact that even though it was such a short flight they still provided a snack box for everyone. Unfortunately we were not able to bag seats on the left side of the plane so we missed the views of Mount Everest from the window which I was a little gutted about, especially when I saw people on that side of the plane sleeping for the 45 minute journey, but the views from our side were still pretty special. The descent into Paro International airport was not for the faint-hearted with some pretty steep banking to get into the valley.

Upon landing we walked from the plane into the most beautiful airport terminal I have ever come across and got though immigration and baggage reclaim in around 15 minutes. Our guide and driver greeted us outside then we set off for the capital city of Bhutan, Thimpu.

The scenery along the drive is stunning; mountains covered in trees dotted with building covered in intricate paintings. Most of the way was along the banks of a river which was a dazzling pale turquoise.

Halfway along the route we stopped at an old chain lock bridge which our guide, Pema, advised us was built in the 14th Century. It was currently undergoing maintenance so we were unable to cross it but we could climb up the tower at the end and look down from above to see it adorned with colourful prayer flags. 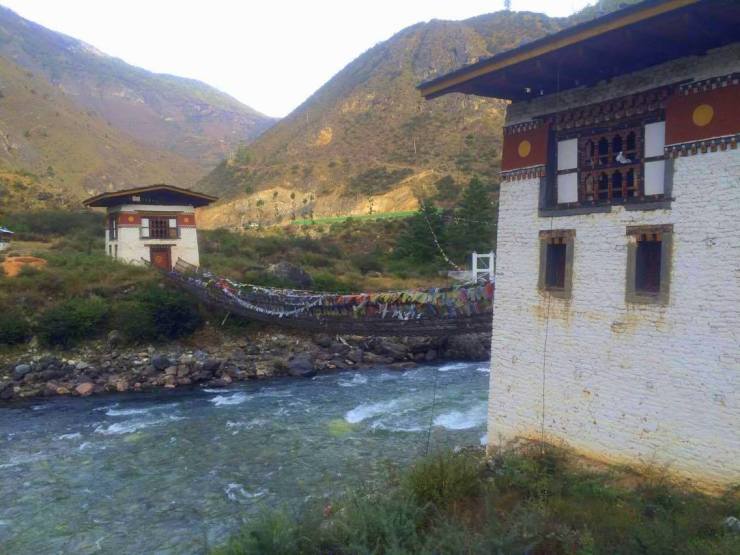 Our journey then continued into Thimpu to exchange some money before ending up just outside the city where our hotel, Migmar, was located. The theme of brightly coloured paintwork from outside was continued in the reception area which was beautiful. Our room was large and the wifi good. My only issue was that I couldn’t get any hot water in the shower in the morning although I have to admit I had anticipated this may be a problem we faced at some point during the trip. Dinner and breakfast were both provided as a buffet in the hotel restaurant. 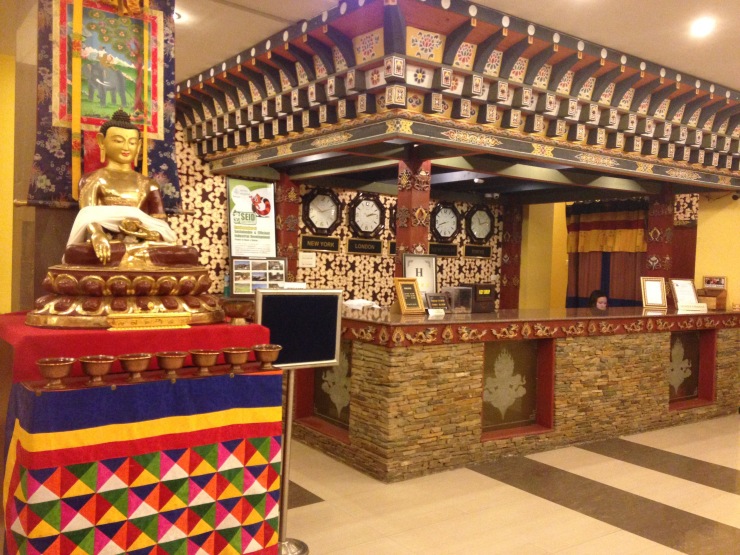 Although we only saw a quick glimpse of Bhutan on this first day I was already in awe of the scenery and architecture which was a good sign for the rest of the trip.

Have you flown with Druk Air before? Have you a favourite or least favourite airport you have ever been to?