What was your favourite TV game show when you were younger? Which one did you always want to go on? Mine was The Crystal Maze but they cancelled it before I was old enough so I never got the chance to take part; that was until they made the interactive experience down in London. For my Christmas present, Fraser bought me tickets to go and do it with a team of friends and family.

The experience is just opposite Angel tube station, not far from King’s Cross, but is very unassuming from the outside so we managed to walk straight past it initially. We gave our name and then had to sign a disclaimer in the locker area where all extra bags and phones/cameras had to be left.

We had a chance to put on our team colour jackets on for a photo then we had to leave them behind and go in for our briefing where we met our maze master, Boudica, and introduced ourselves to her. She wanted to know who the captain and vice-captain were (me and Fraser respectively), what attributes each team member contributed and what our team name was. If you don’t go as a full team this is probably a good way to meet the rest of your teammates.

From there we went into the game itself. There was plenty of needless running between games, supporting players through windows and a whole lot of laughing. We travelled though the Aztec, Industrial, Futuristic and Medieval zones playing mental, physical, mystery and skill games. It was exactly how the TV show had been and I loved every minute of it. I just wish we could have had longer and played more games. Most teams will play four games in each area but if you are particularly quick in a zone then you can get to play another. If you get “locked in” you go to a jail where you either get a riddle correct or have to sacrifice a crystal to be allowed back into full play (I was the only lock in our team had)!

Once we had gone round all the zones we then made our way to the Crystal Dome. Here we met up with the 3 other teams who were going around at the same time as us and took it in turns to go into the dome to try and collect gold tickets. The team who managed to get the most tickets were the winners. 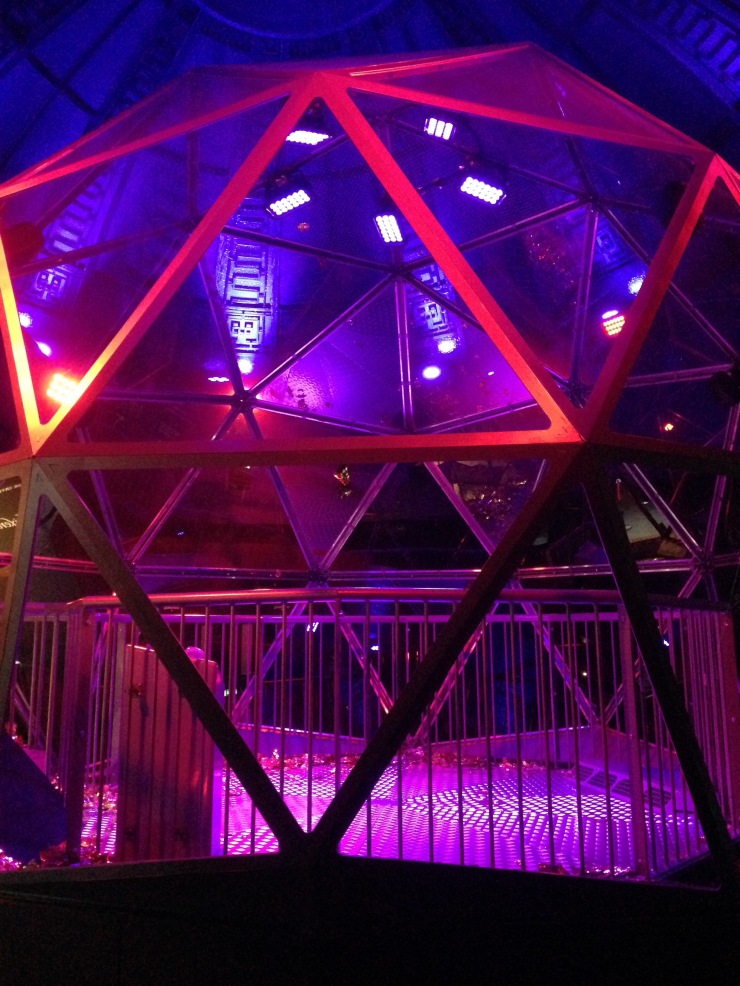 At the end was a bar where you could sit and watch as the time slot after all ran in to start their time in the Crystal Dome. There is also a tiny shop where you can buy memorabilia which is honestly overpriced, but I couldn’t resist getting a jacket, although I went for khaki green not the orange of our team.

Overall it may be pricey but I had an amazing time and I would recommend it for both those who loved the show like me, and people who are not so familiar but enjoy active experiences. Now there is a new one opening in Manchester with all new games and I am definitely going to go to that at some point. Overall it takes between 1hr30 and 2hrs to complete but it is completely worth it.

Did you used to watch The Crystal Maze? Have you been to any fun things recently that have reminded you of your childhood?