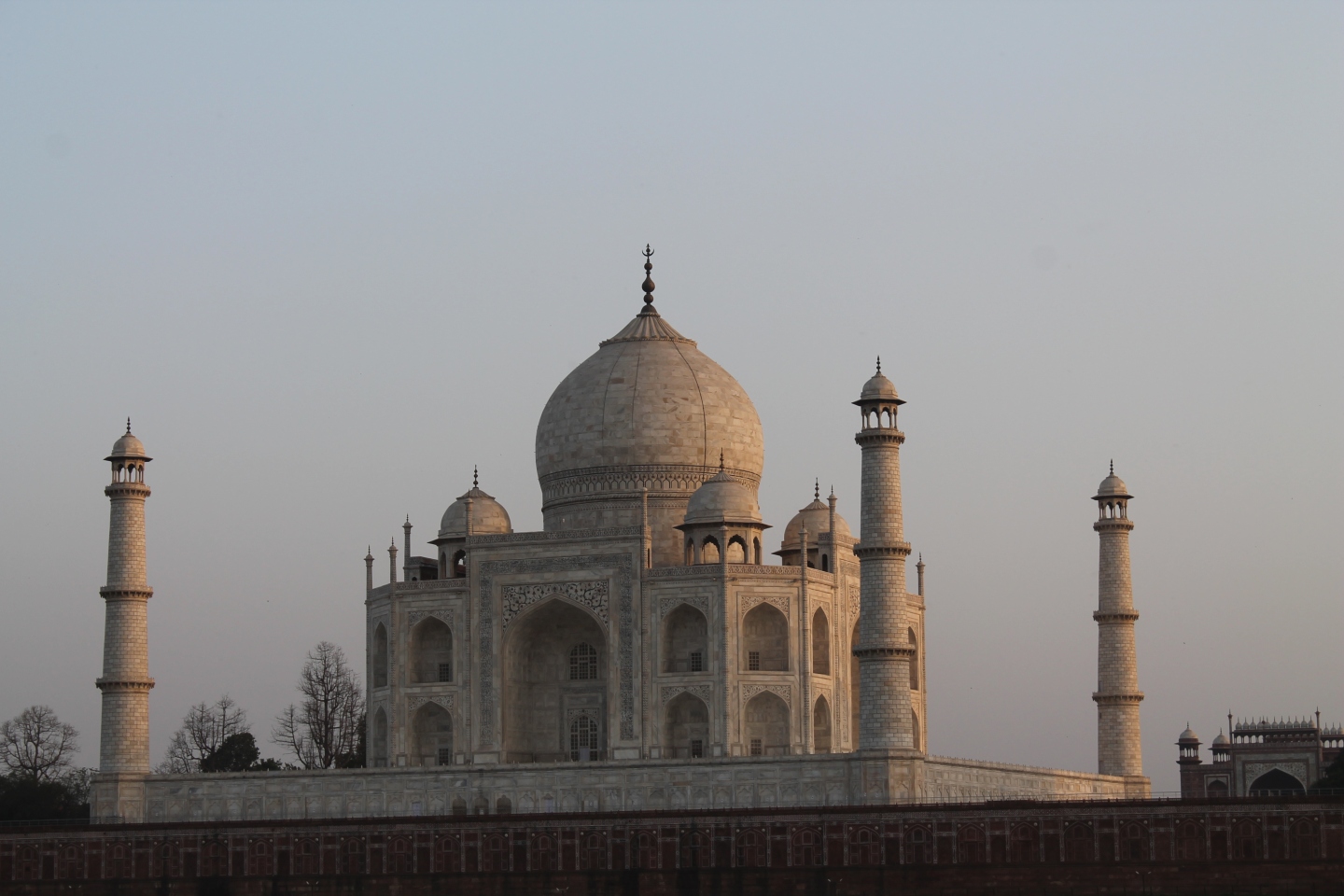 We had an early start to get the bus from Delhi to Agra, which is approximately a 4 hour drive. This was the first time we met our full bus group. There was a wide variety of ages and nationalities on our bus including a couple of other Brits, Americans, Germans, Swedes and Mexicans.

Upon reaching Agra we checked into our hotel then set off to Agra fort. The external walls resembled the fort in Delhi very closely. Within the walls are a complex of palaces some of which are very reminiscent of the Alhambra in Grenada, Spain, due to the many courtyards and intricately carved pillars and ceilings. It is really beautiful and has views across to the Taj Mahal. Whilst walking around those in the group with light coloured hair were all repeatedly asked to pose for photos with the Indian tourists. I am glad we visited this fort after the one in Delhi as I found it to be more interesting and beautiful. 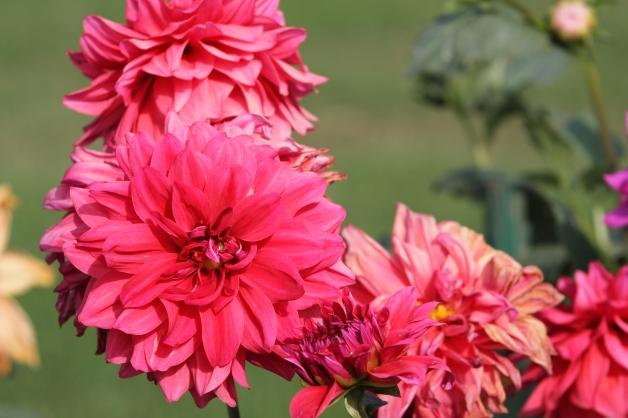 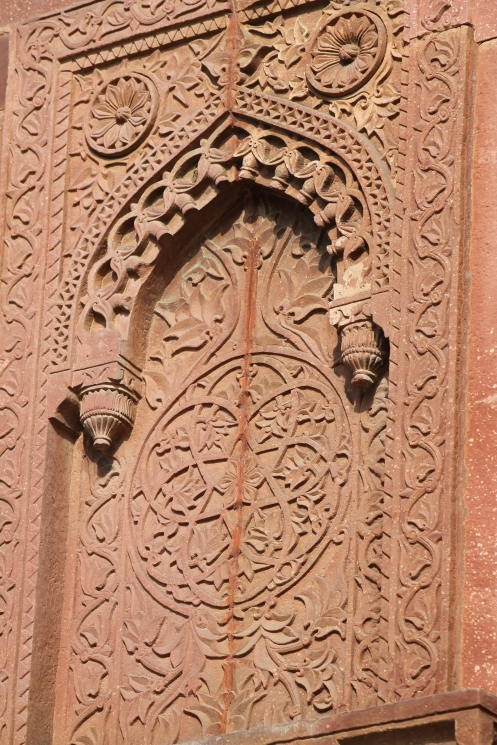 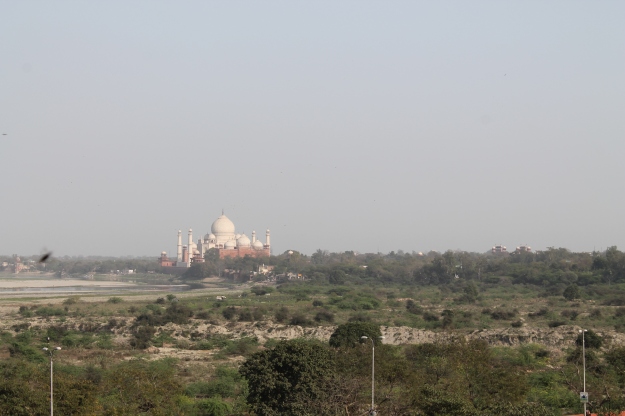 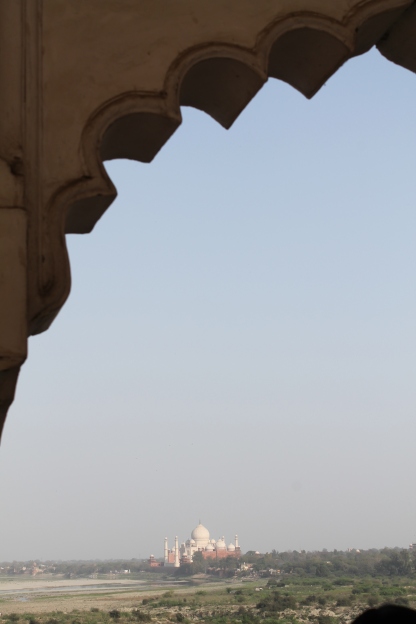 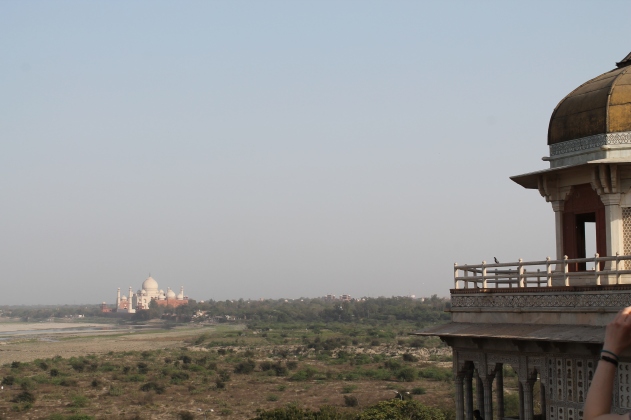 We then went to a viewpoint across the river from the Taj Mahal to watch the sun set. It was really atmospheric and pretty. Unfortunately the fog came in so we didn’t see the red light cast over the building but it was a nice moment nonetheless. 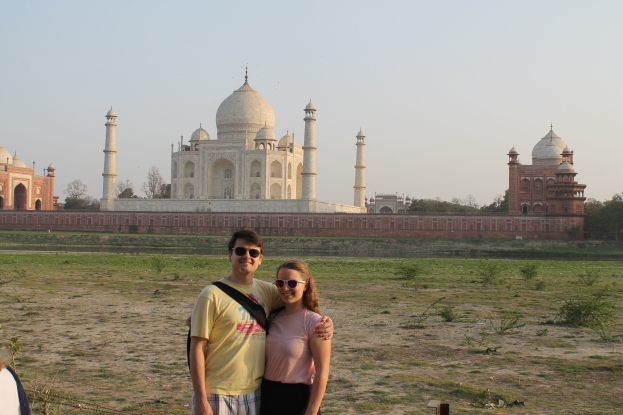 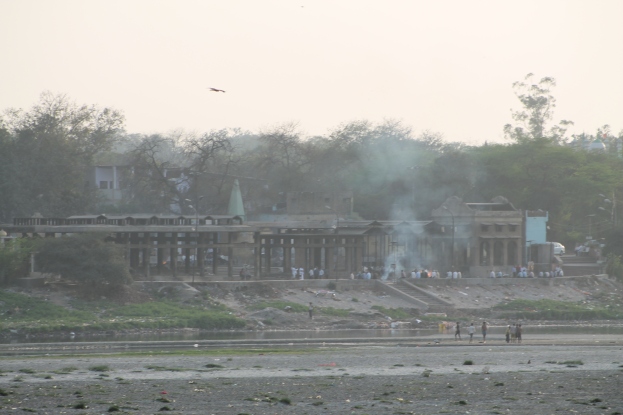 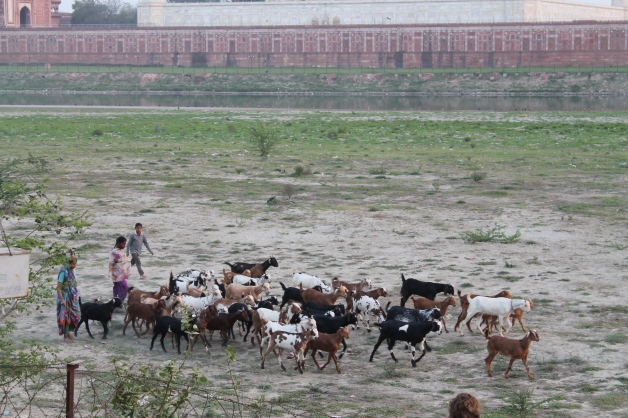 The next morning was an even earlier start to go to the Taj Mahal itself. This was advertised as a sunrise trip (hence the hour) on the itinerary, however the complex was not opened at this time so all we could do was queue whilst the sun rose.

Once inside we were able to see the building, named as one of the 7 wonders of the world, and all its surrounding buildings. There are no real words to describe it, it is just stunning and no photo you see can do it justice. The only thing that let it down were the crowds which were immense despite the early hour and who pushed and screamed at each other whilst walking inside the building- not the most respectful inside a mausoleum. Also the ponds outside the palace had no water in and were being painted blue which did ruin the illusion slightly. 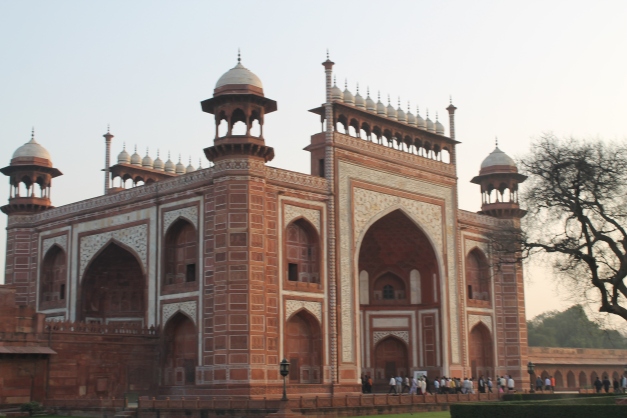 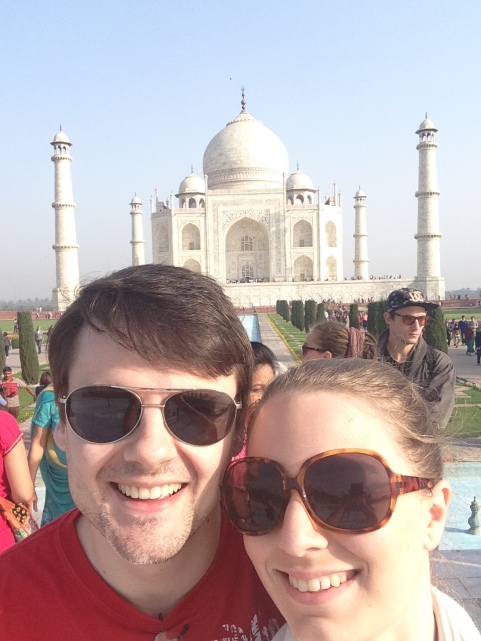 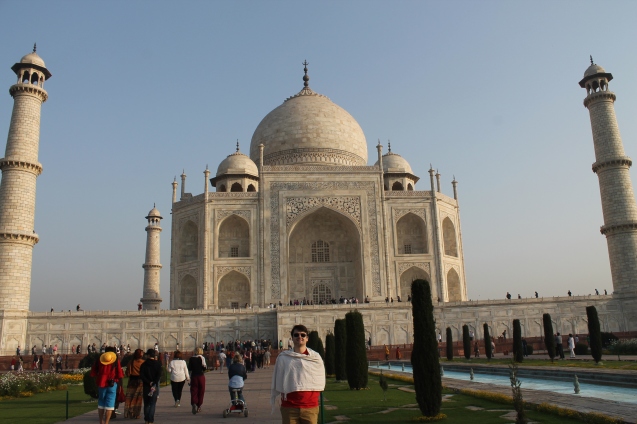 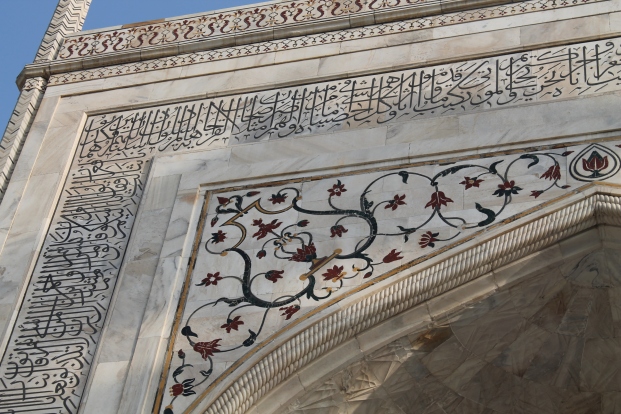 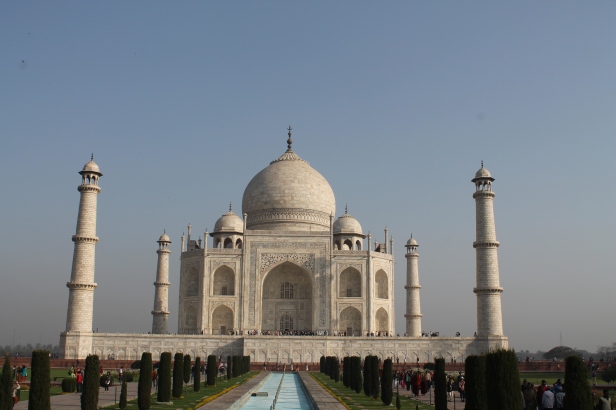 We were given plenty of time to look around and take pictures, then we went back to the hotel to check out and have breakfast before getting on the bus for our journey to Jaipur.

On the way we stopped off at Fatehpur Sikri. This old town was the capital of India for a very short time in history until the water supply ran out and it was moved back to Agra. Now the old town is classed as a ghost city. We went up to the old palace and saw the various different rooms. There are 4 main areas for the king and his 3 queens. The Hindu queens palace is huge, the Christian queens used to be beautifully painted (although this has now mostly faded) and the Muslim queens is carved throughout. It was quite interesting to see the all. 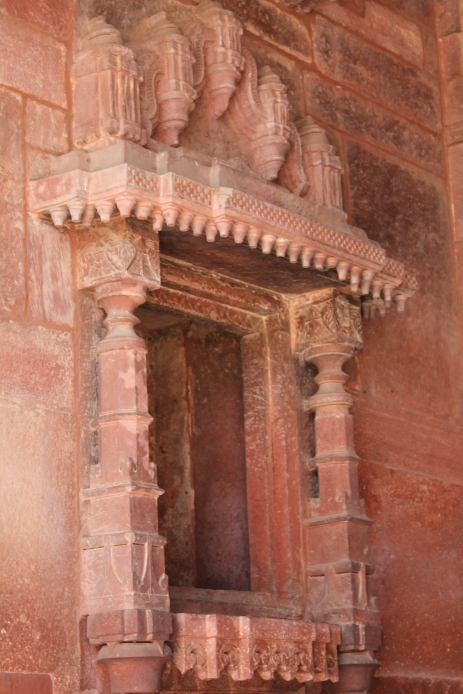 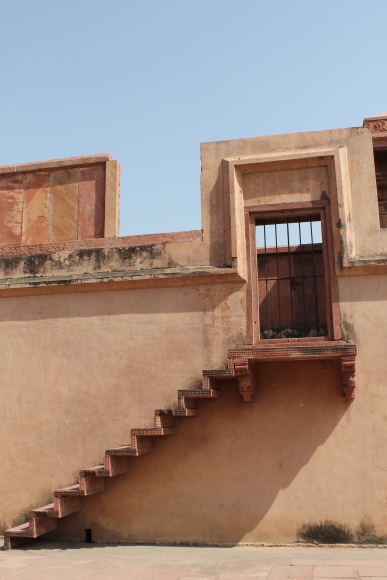 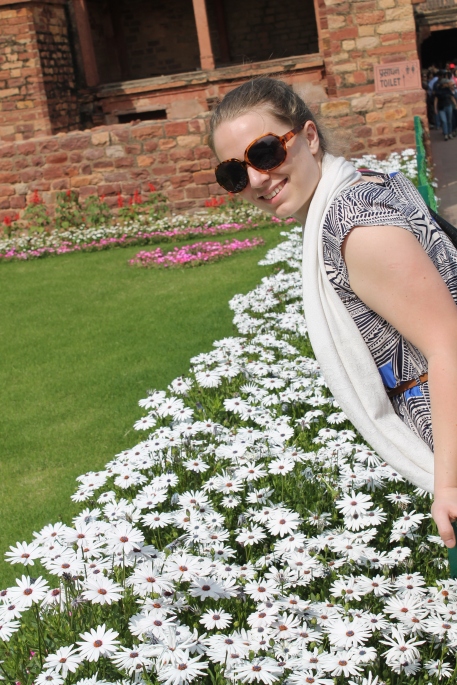 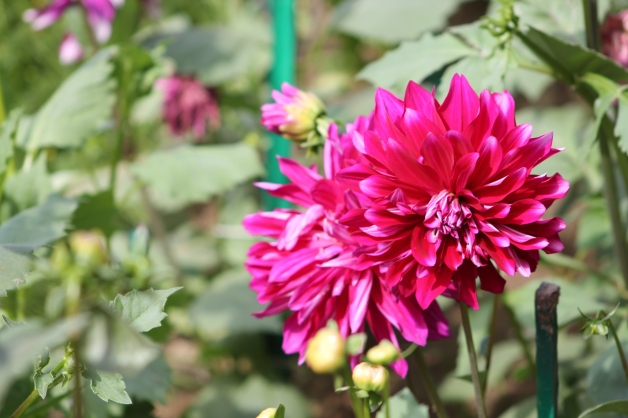 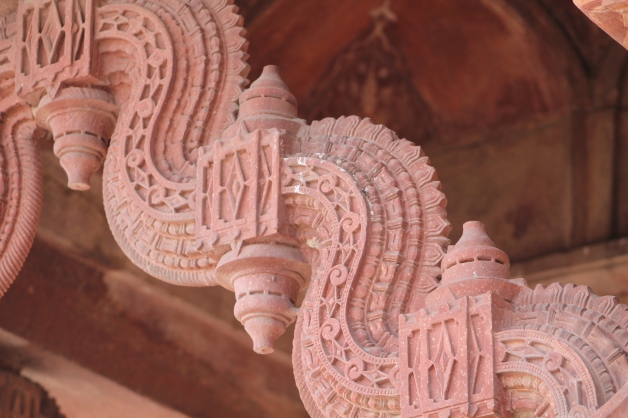 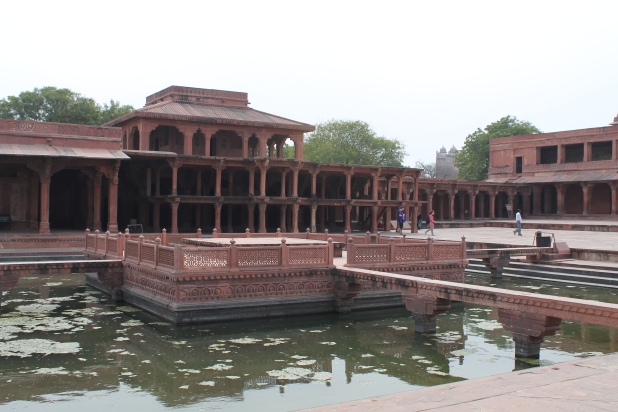 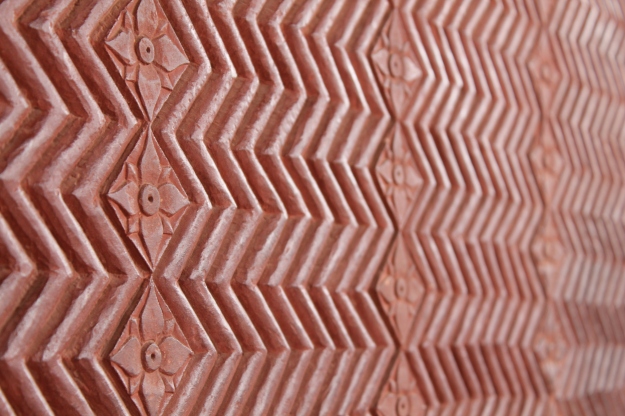 We then continued our journey to Jaipur and checked into our hotel for the next 2 nights.

(P.s. Sorry for the excessive number of Taj Mahal shots).