This morning we woke, had breakfast and then set out to explore Jaipur, the pink city. It is pink as a former king of Jaipur painted it that colour (a Holy colour for Hindus) as a greeting to the Prince of Wales in the 1800s.

Our first stop was the Palace of the Winds. This is just a façade, there is nothing to go inside, but it does have hundreds of windows. It is built in the middle of a busy shopping street which is random but pretty cool.

We then visited the Amber Fort. We caught an elephant ride up to the top which it turns out is not a particularly comfortable way to travel and we reached the summit just as the heavens opened. The Fort itself was very similar to the other Forts we had visited but this time there was more of a Hindu influence starting to creep in since we were now in Rajasthan. My favourite room was one covered in glass mosaic patterns that sparkled in the light. We were also able to climb up to the rooms of the many wives of the King and above that on the rooftops were lots of monkeys climbing around. We then caught jeeps back down to the bottom. 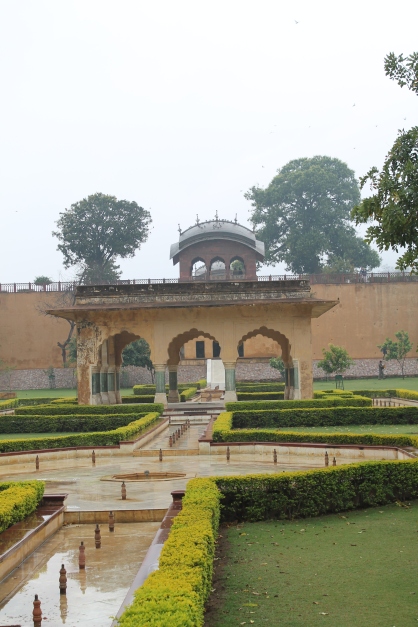 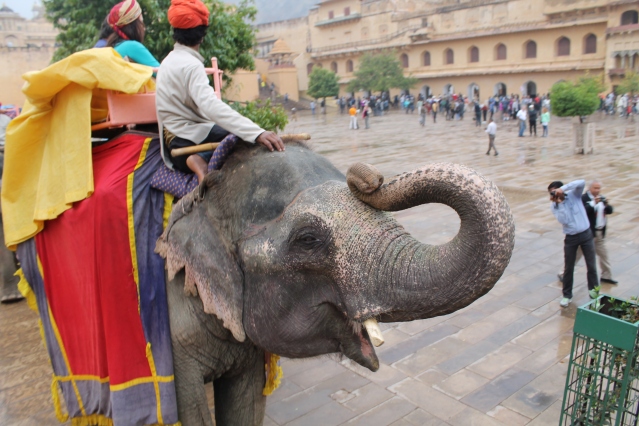 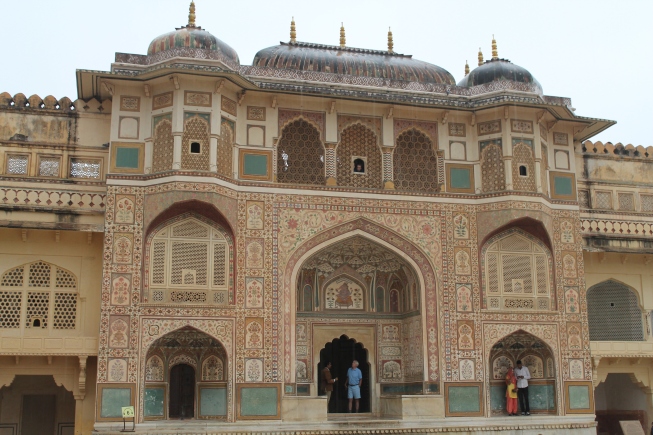 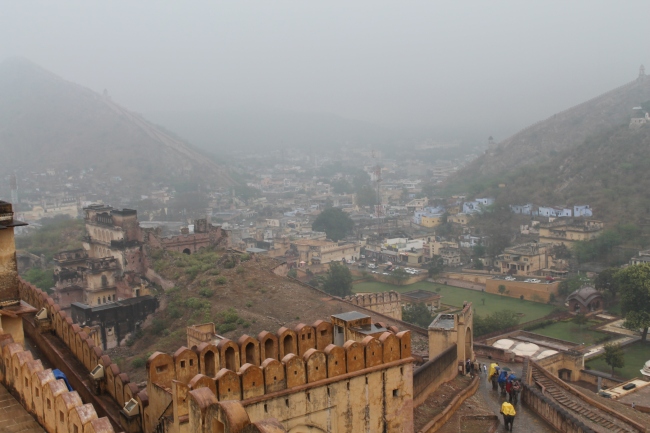 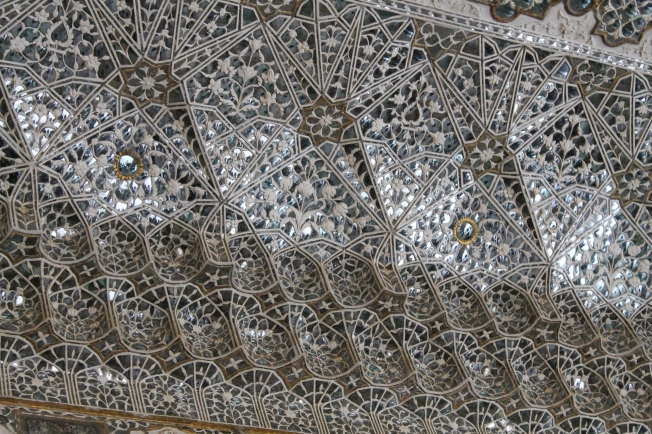 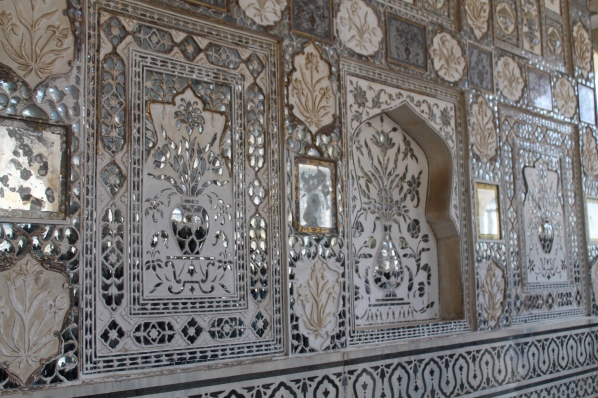 We drove past the palace on the lake and made a stop for lunch and then continued to the city palace. Part of the palace is still in use by the current royal family of Jaipur but the other half has been turned into a museum. Photography was prohibited inside the exhibits but we were able to see the greeting rooms, old fashions and outfits worn by the royal family and some of the weaponry used throughout the years. I liked the museum as it gave a different dimension to many of the places we had been so far, the trip was not purely for the architecture, there were other things to see as well. 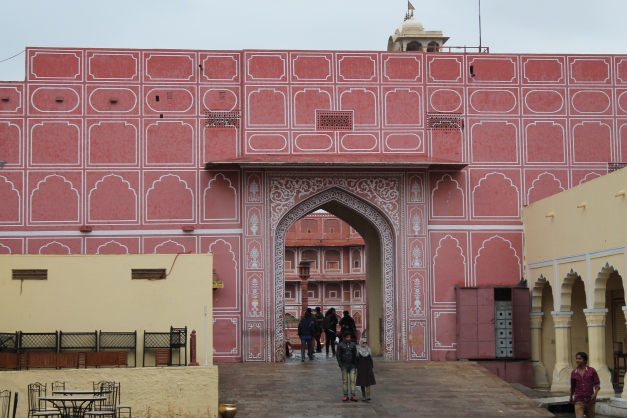 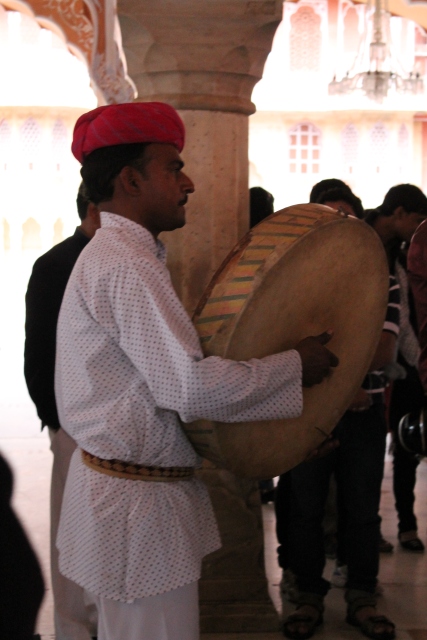 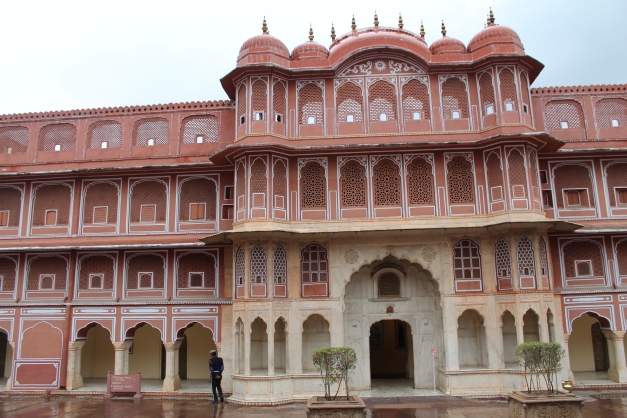 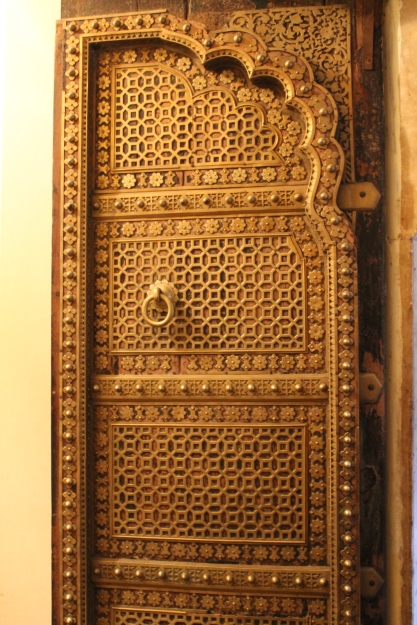 After this we tried to get into the observatory, however this attraction is dependent on the weather, and as we had picked a rainy, miserable day to visit, it was closed. Instead we walked through the town back to the area around the Palace of the Winds and engaged in some retail therapy. I bought some elephant trousers which seem to be a must for all tourists in India and some white clothes ready for the Holi festival. 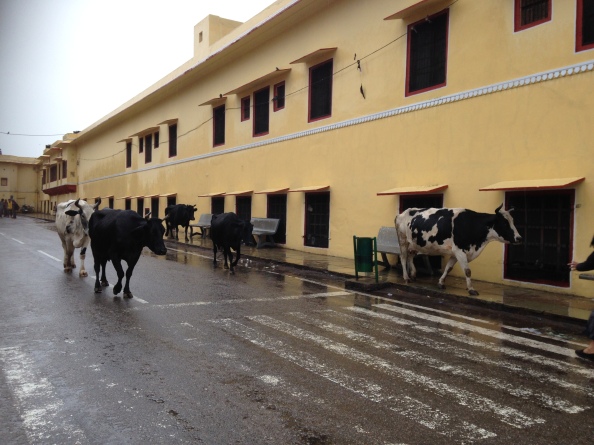 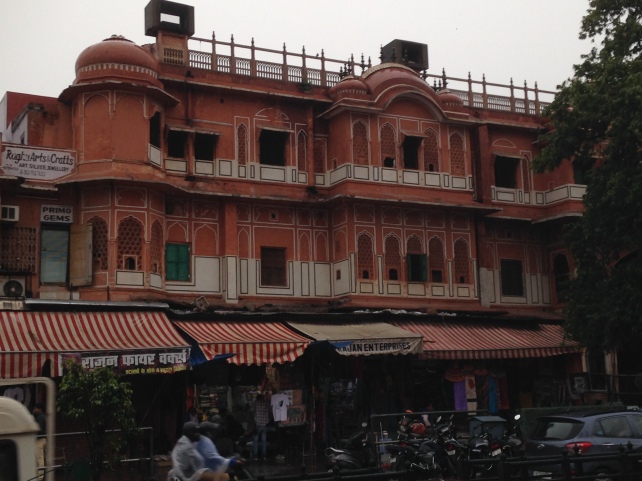 We then went back to the hotel and ordered some room service for dinner as there were no shops anywhere nearby that sold anything resembling food or drink.