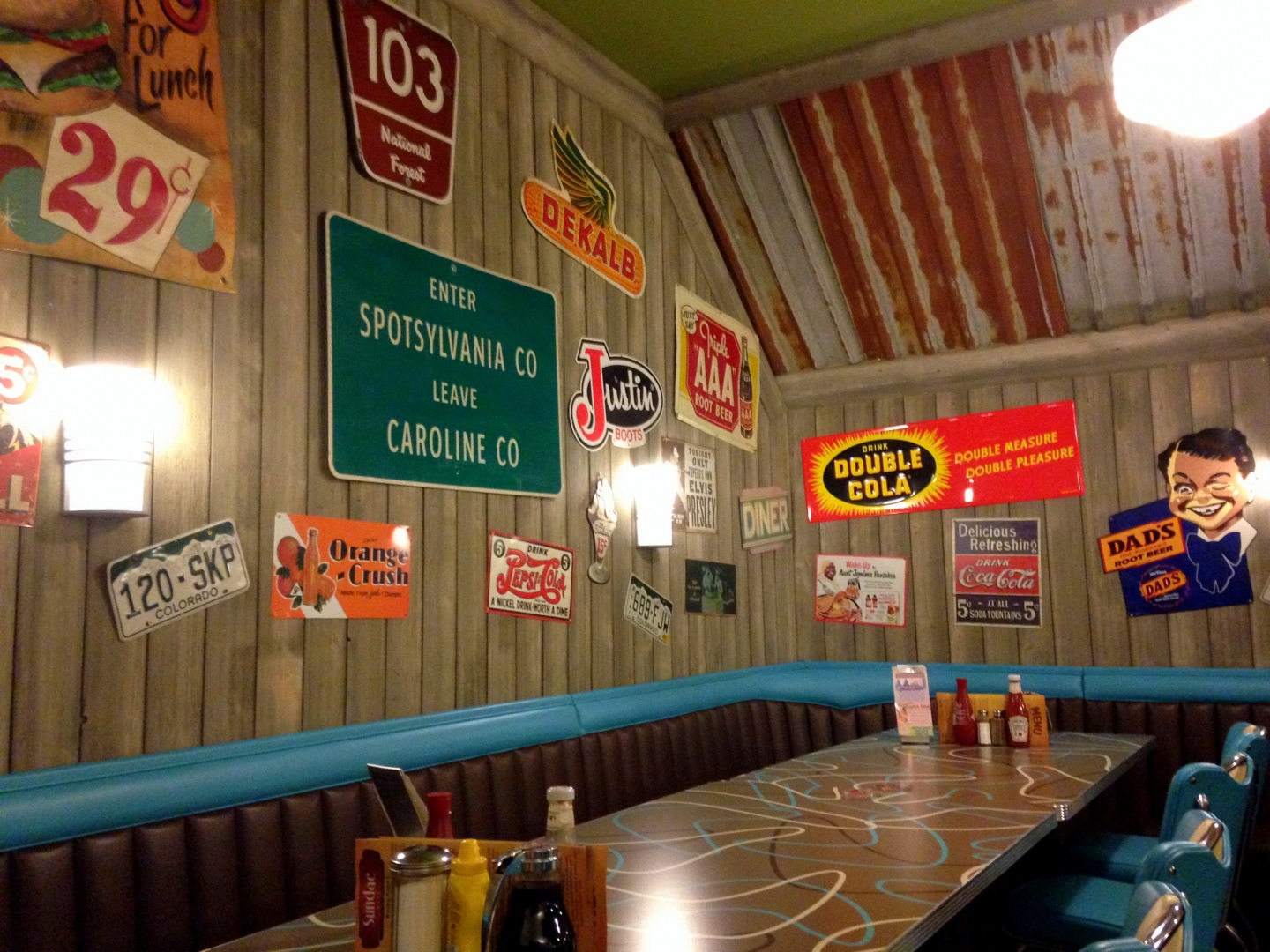 Billy Bob’s Ice Cream Parlour is located near to Skipton in North Yorkshire and was the venue for my birthday lunch. It seemed a popular choice for many birthday meals with the big difference between others and my own being that the average age celebrating was probably about 8. It is an American style diner with really kitsch décor. It is in high demand so reservations are advisable especially if going at a prime time.

Our table was situated on a yellow American school bus. While this is a novel idea, in reality it was not that comfortable, the whole bus rocked every time a child barrelled onto it to have their picture taken in the driver’s seat and it was really squashed around the table meaning we spent a lot of time clashing elbows. 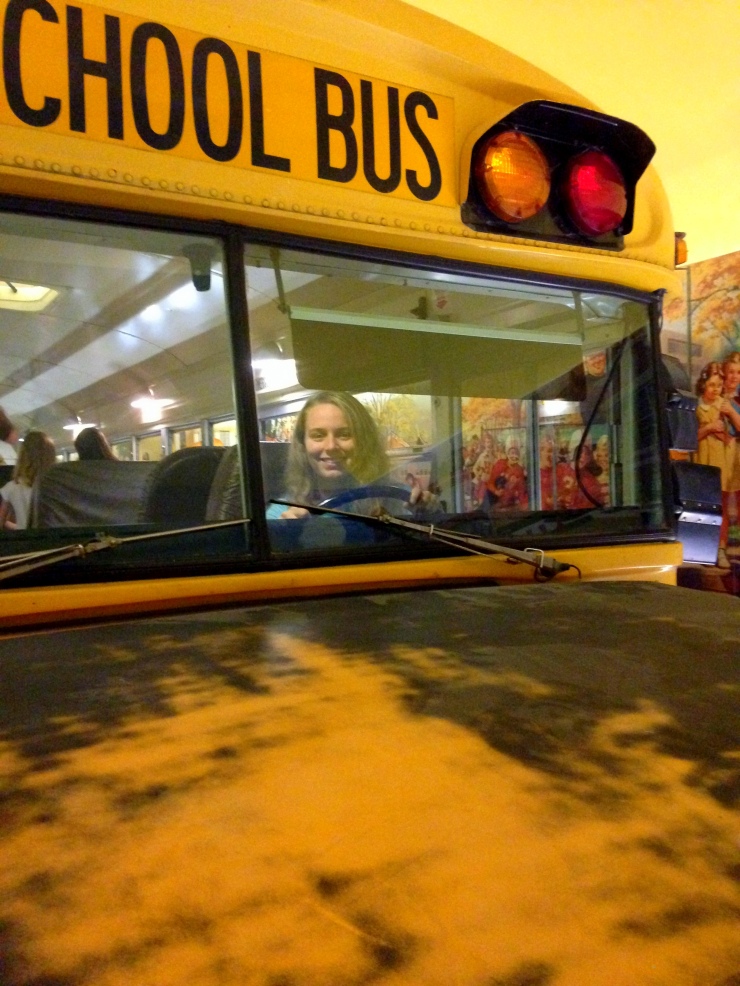 The service was very quick, you do have to go to the bar to order your meal but once that was done our food came promptly and the staff were attentive to us throughout. We ordered enough food to keep a small army full and I didn’t need any of it as my peanut butter milkshake was a meal to itself! I had a Gonzola Gusher (a burger smothered in Gorgonzola cheese) which was delicious and we all had a whole mountain of sides to share. We ate so much for our main that none of us had any room left for any of their interesting, ice cream based desserts.

As already alluded to, this place is primarily designed for children which meant that in the dining room it was bedlam, the kids seemed to be out of control, kicking and screaming making it a noisy meal. Outside the restaurant there is both an indoor and an outdoor play area which seemed to be highly popular.

Overall it was good fun with decent food. I think I would try to go when most children were at school, not on a Saturday like we did, if I were to go again. I would also ask not to be sat on the bus, it is a novel idea but I do get motion sick which is not particularly condusive with eating. The tables in the rest of the restaurant had more room and as we had no kids with us would have suited us better.

Have you been to Billy Bob’s? What did you think to the atmosphere and the food?