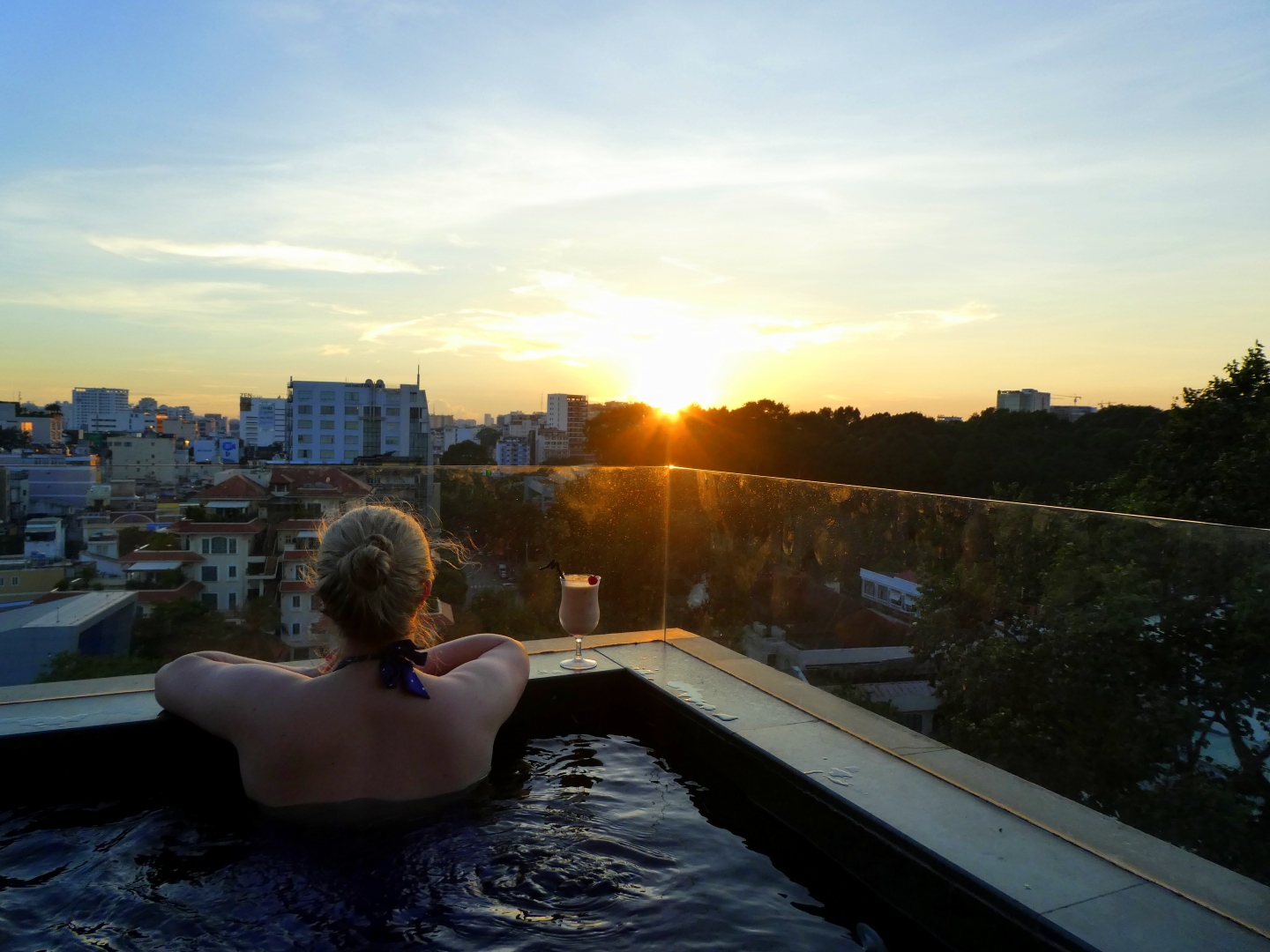 We arrived in Ho Chi Minh City in the afternoon and booked a metered taxi to take us to our hotel and although the city is infamous for its bad roads, I didn’t feel as apprehensive on this journey as I had done when I saw the driving in Delhi. To be honest I felt safer on the roads than on the pavement because the motorbikes seem to find the latter a better place to ride to avoid sitting in traffic whether there are pedestrians there or not.

Our hotel, the Silverland Yen, is fairly unassuming from the outside but once inside was seriously cute. It has a reclaimed wooden type feel and as we arrived they were just setting up for afternoon tea (included in the price of the room). As the timing was so perfect we decided to check it out. The food was really yummy with a great variety, there was even a station making crepes to order, and there were two girls playing traditional Vietnamese music in the background to create a lovely atmosphere. By the time we’d finished enjoying this our room was ready and we were shown up to the top floor to a small but more than adequate room with a really comfy kingsize bed in it. The shower was super powerful which was an added bonus.

We had all the good intentions of going out to explore the city but by the time we were ready most of the main sights were starting to close for the evening so instead we decided to try out the biggest draw of the hotel, the reason we had booked it… the rooftop Jacuzzi pool. The petite decking area was already fairly busy when we arrived so we couldn’t bag a sun lounger but we did get a table and I ordered a fruit smoothie (cocktails and beers were also available) from the bar and had a dip in the pool just as the sun started setting over the skyline. It may not have been the most cultural thing to do as a first thing in a new country but I absolutely loved it and apparently we were lucky as it was the first day it hadn’t been raining for sunset in quite some time.

After rinsing off we set out to find food. One block away we discovered the Ban Thanh food market which instantly drew us in. There were three alleys of food vendors with seating at either end so you could order what you liked from any stall and then take it to enjoy with friends who may have chosen something different. We both ended up picking grilled pork ribs which was a popular stall and it was both cheap and delicious. 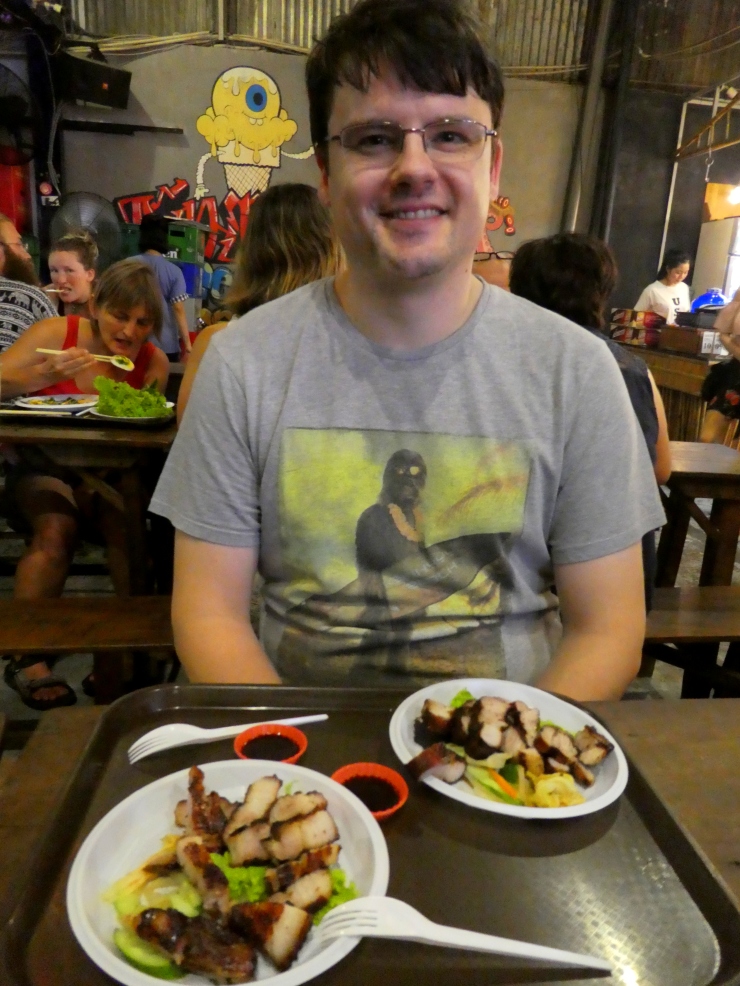 At this point we called it a day because we had an early train to catch the next morning so we made our way back to the hotel and crashed out.

I highly, highly recommend the Silverland Yen Hotel. We didn’t get to try breakfast as we left too early the next morning but I loved everything else about it. We paid £65 for the night which is about mid-range price for in Vietnam but it was so worth it and the location would have been great for sightseeing had we had the time to do any. I was gutted we didn’t get to stay there longer!

Have you got a favourite hotel in Ho Chi Minh City and why do you like it? Are you a fan of a rooftop pool?